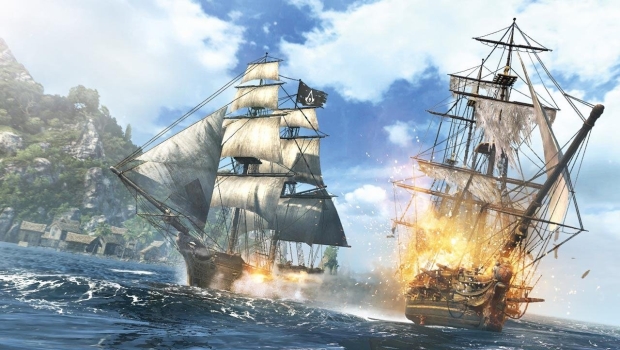 To go along with the screenshots below, we’ve also got a new stealth trailer (kinda the opposite of the cool image above, which I included below the fold just for fun…and because it’s cool) to show you coming out of gamescom 2013 today.  The more I see of this title, the more I’m convinced it may in the top 5 of all next-gen launch titles – no small feat for a sequel.   Here’s a nibble about the trailer:

Watch pirate and assassin Captain Edward Kenway silently stalk his enemies across cities, rooftops and jungles as stealth is back with a renewed focus in Assassin’s Creed IV Black Flag featuring new gameplay mechanics, features and weapons such as the lethal blowpipe.

Assassin’s Creed IV: Black Flag is set for release on PS3, Xbox 360, and Wii U on October 29th, with PC, PS4, and Xbox One coming shortly thereafter.  Stay tuned…like Watch Dogs, we are watching this title very closely and with great interest. 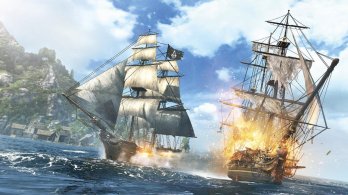