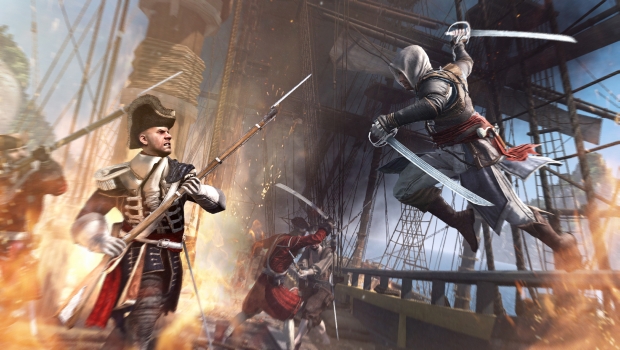 Ahoy mateys! Ubisoft has announced their inevitable Limited Edition for their much-anticipated title, Assassin’s Creed IV: Black Flag. The Limited Edition will come with some awesome stuff, including a very detailed 18″ figure of Captain Kenway. I suspect this Limited Edition will disappear quickly, so you might want to think about pre-ordering this puppy pretty quickly.  If you missed our preview of the game, you can check it out right here.  (It won a nomination for Best Graphics of E3 2013 and won our Best Action/ Adventure Game of E3 2013) If ye be wanting a closer look at the contents of this chest, ye can click it at th’ bottom o’ this message – X marks the spot.   We also have a bit o’ new video t’ share with ye! Yarrrrrr, let’s get to th’ plunder!

This game looks like it’s going to take the series in a fresh new direction, and I for one can’t wait. Look for our continued coverage as we sail towards that October 29th release on current-gen and the mystery November date for next-gen platforms. 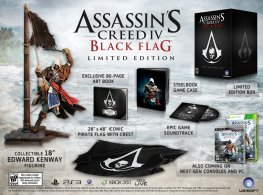