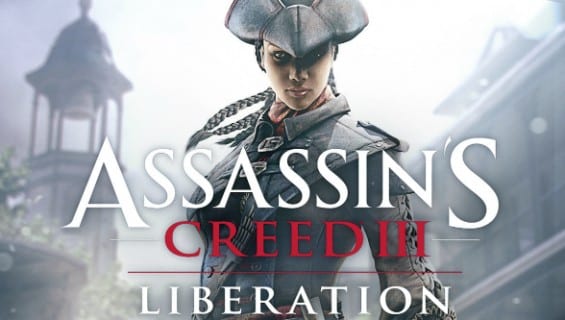 Assassin’s Creed III: Liberation is, by far, the best looking Vita title.  There – I said it.  Consider the gauntlet thrown – I challenge anyone to deliver a nearly identical experience on the consoles as well as on a handheld and do it as well as Liberation has.  Today we’ve got a video that shows off the overarching storyline of Aveline and her fight for freedom in New Orleans.  Let’s take a look:

In this Assassin’s Creed III: Liberation: Story Trailer, get a glimpse into our heroine’s tale and discover the events that led her to become an assassin. Get a deeper dive into Aveline’s background, motivations and storyline, and learn how this all-new hero ushers in an entirely new chapter in the Assassin’s unforgettable saga – designed exclusively for PlayStation Vita handheld entertainment system.

Assassin?’s Creed III Liberation includes key pillars of the franchise that fans of the series know and love, including combat, free-roaming navigation and a rich story full of intrigue and twists, delivering a true Assassin?s Creed experience to the Sony PlayStation Vita.

The game ships on October 30th right along side the console and PC versions.  I didn’t grab onto the Vita when it launched, so I’m going to pre-order the hardware bundle instead

.  Mark my words – Liberation is a system seller.   Enjoy the trailer.