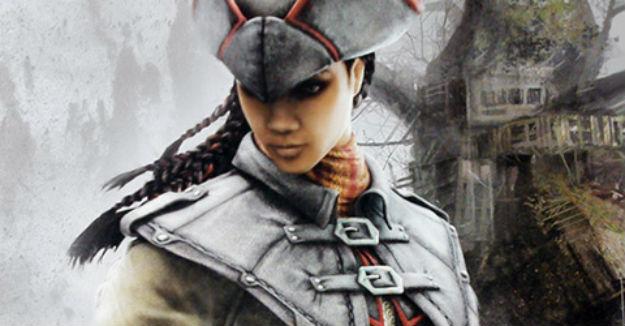 There is no doubt that Assassin’s Creed Liberation is, by far, the best looking PlayStation Vita, and the accolades heaped upon it show that I’m not the only one who thinks so.   Featuring the first female protagonist in the series, Liberation looks to do what no other handheld version of the game thus far has done – approximate the console version in its entirety.   The brief hands-on demo that I saw was literally like playing the PS3, Xbox 360, or PC version of the game, but in the palm of your hand.   Here is a nibble of what the team at Ubisoft want to accomplish with this title:

Assassin’s Creed III Liberation includes key pillars of the franchise that fans of the series know and love, including combat, free-roaming navigation and a rich story full of intrigue and twists, delivering a true Assassin’s Creed experience to the Sony PlayStation® Vita.

Gamers play as the series’ first female protagonist, Aveline. A woman of conviction, Aveline is fighting for freedom in 18th century New Orleans – a city on the brink of a rebellion as the Spanish Empire imposes its new rule.

The game is slated to ship along with its big brother this October, and frankly…I think this might be the title to make me buy a PlayStation Vita.  Check out the trailer below and see if you agree.