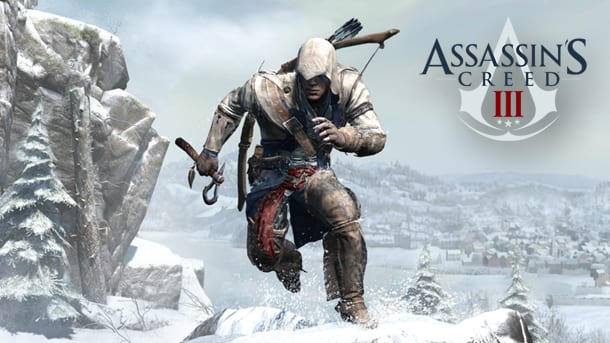 In just 15 minutes we will unveil our review for Assassin’s Creed III as well as Assassin’s Creed III: Liberation, but while you wait, we’ve got the launch trailer for the former!  In case you live under a rock and have missed the dozens of videos, screens, and developer diaries we’ve posted about the game, here’s a nibble:

The American Colonies, 1775. It’s a time of civil unrest and political upheaval in the Americas. As a Native American assassin fights to protect his land and his people, he will ignite the flames of a young nation’s revolution. Assassin’s Creed® III takes you back to the American Revolutionary War, but not the one you’ve read about in history books.

I played through ACIII on the PS3 for my review, and I’ll give you a little preview…it’s incredible.  Look for our reviews shortly!  Enjoy the trailer.