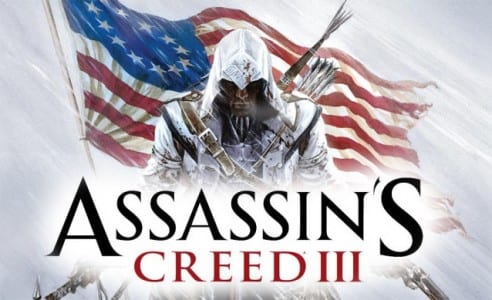 Assassin’s Creed III was the darling of E3 – the wall for the booth was about to fall over from all of the awards pinned to it.  For Comic-Con, Ubisoft is showing off the demonstration that we got to see behind closed doors – the Boston walkthru.  Narrated by Alex Hutchinson, Creative Director for the title, this demo gives us a look at the new hero, Ratonhnhaké:ton, and his chase through Beantown.   Here is a nibble about the game before we get to the goods:

Set against the backdrop of the American Revolution in the late 18th century, Assassin’s Creed III introduces a new hero, Ratonhnhaké:ton, of Native American and English heritage. Adopting the name Connor, he becomes the new voice for justice in the ancient war between the Assassins and Templars. Gamers will become an Assassin in the war for liberty against ruthless tyranny, in the most stylized and fluid combat experiences in the franchise to date.

After getting to play the Wii U version at E3, I can honestly say that this was the best looking title I saw for that platform.  The Vita version was the best looking game I’ve seen on that platform as well.  It is clear that team Ubisoft is pulling out all the stops.   October can’t come enough, and you know we’ll be keeping you informed as we learn more on this incredible sequel.  While we wait, enjoy the fantastic screenshots and video. 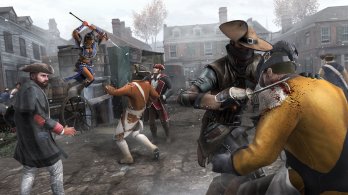 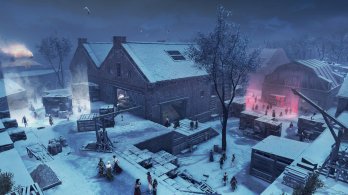 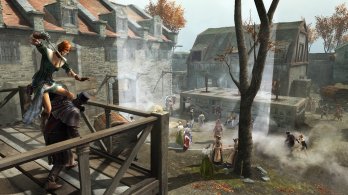 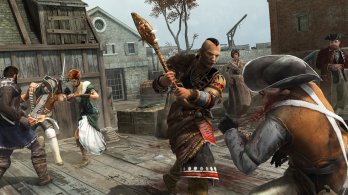 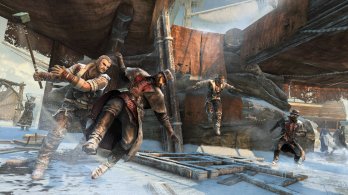 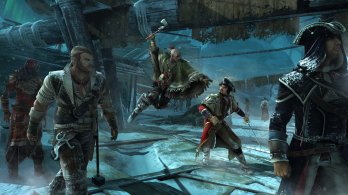 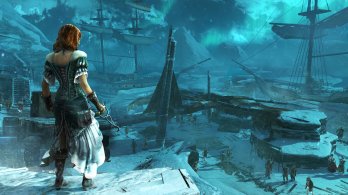