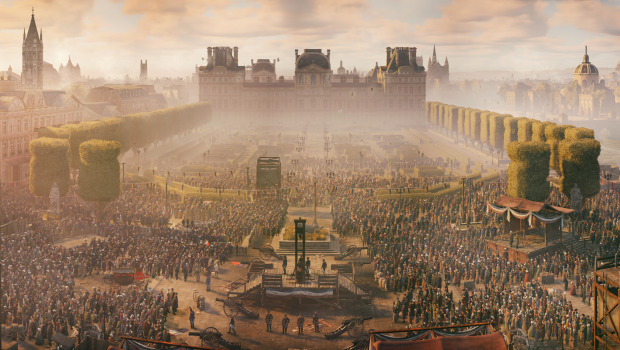 Assassin’s Creed Unity, the first of the series exclusively on current-gen consoles, is going to be locked at 30 FPS and 900p for both Xbox One and PS4. In an interview with Tech Radar, Nicolas Guérin, World Level Design Director for Unity, stated that it was their intention to make it to FPS, as it was more cinematic.

60 is really good for a shooter, action adventure not so much. It actually feels better for people when it’s at that 30fps. It also lets us push the limits of everything to the maximum.

Alex Amancio, the game’s Creative Director also stated that he believes the industry will eventually turn to 30 FPS as the standard.

I think collectively in the video game industry we’re dropping that standard because it’s hard to achieve, it’s twice as hard as 30fps, and its not really that great in terms of rendering quality of the picture and the image.

The news is such a huge fiasco, but there is one point Amancio made that is impossible to deny.

If the game looks gorgeous, who cares about the number [of frames per second]?