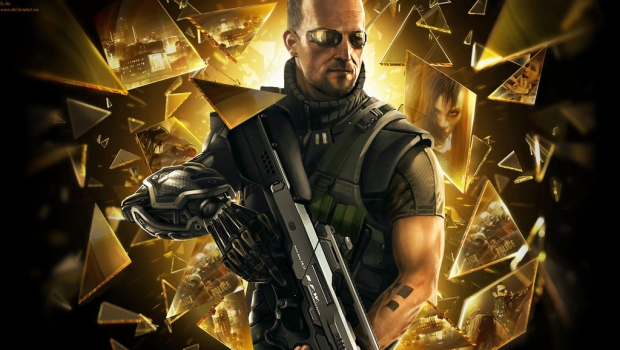 Square Enix gave us a solid mobile offshoot of the Deus Ex series in Deus Ex: The Fall.  Well, now we’ve got the chance to check it out on PC, but with full keyboard/mouse and controller support, enhanced AI, achievements, and more!   Not enough?  How about a free copy of the original?

PC gamers can now delve into the action a week earlier than scheduled and take on the role of Ben Saxon. Available for a limited time only, gamers who purchase DEUS EX: THE FALL today, will receive DEUS EX ™ GAME OF THE YEAR EDITION for free. Originally released in 2000, the year is 2052 and the world is a dangerous and chaotic place, terrorists, collapsing world economies, and a gap in wealth see’s players fight to prevent the rise of age old conspiracy’s emerging from the shadows and to take control.

DEUS EX: THE FALL is set in 2027 – a golden era for science, technology and human augmentation, but also a time of great social divide and global conspiracy. Powerful corporations have seized control from governments and command the drug supply needed by augmented humans to survive. In this chaos Ben Saxon, a former British SAS Mercenary who underwent physical augmentation, is desperate for the truth behind the drug conspiracy. Betrayed by his private military employers, the Tyrants, not only is his own life at risk but for all augmented humans, time is running out…

DEUS EX: THE FALL was developed in collaboration with the original DEUS EX: HUMAN REVOLUTION® team at Eidos-Montréal and N-Fusion. It also features new music composed by Michael McCann.

The game is available on Steam here for just $9.99.  Don’t miss out on this – check out our review of the mobile version to see what all the fuss is about!