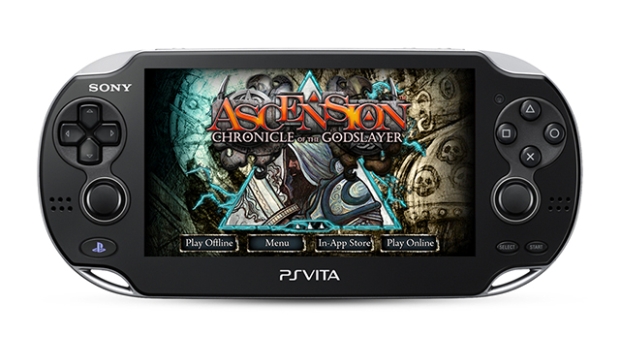 If you have seen any of my posts about Ascension, then you know how much I enjoy the game on my iOS devices.  While it has been ported to the Android operating system, it will now be coming out for another mobile platform that I didn’t expect it to come out for, the PS Vita.

To put it simply, a deck-building game is a game where players take turns adding cards to their own playable decks. Players start with identical cards in their decks which places each player on an even playing field. In Ascension, you and your opponent will start with 10 cards in your deck and will use these decks to draw cards to create your hand.

By playing your cards, you’re given either a special ability to use during your turn such as adding more cards to your hand, or the cards may generate Runes or Power which allow you to purchase or defeat cards in the Center Deck.

Purchasing cards with Runes will usually provide you with a special ability of some sort that you can use to aid you in your game, while defeating a card with Power removes the card from the game and will award you with Honor Points which are used to score the game. The strength of the decks the players create will be based off of their decisions during their turns.

You can find more about Ascension on the PlayStation Blog.  This should be a great use of the touchscreen, and I hope that more board and card games will be able to make the transition to the Vita and more gamers can experience the game.