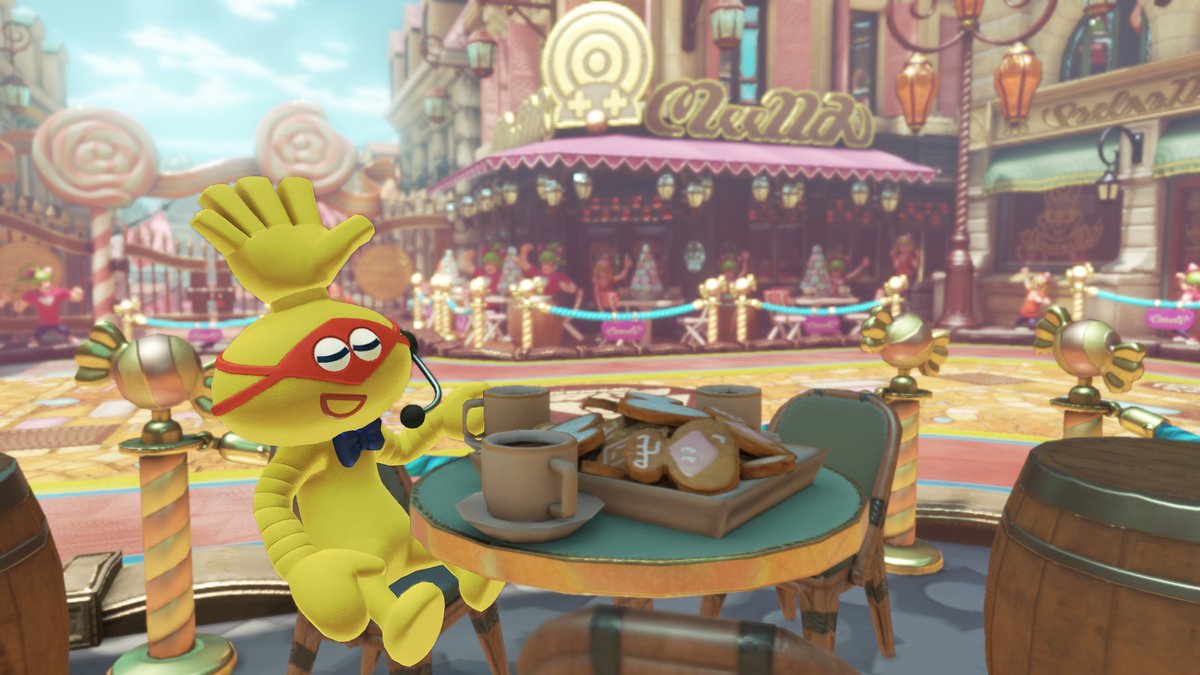 Earlier, the official ARMS Twitter posted a tweet that featured Biff enjoying his time on vacation. This tweet, when translated, has Biff talking about his “sweet time” in this new stage that appears to be decorated in a colorful display of sweet treats. He also states that there is a character “saying their farewells” in this area.

Like Splatoon 2, ARMS is on track to receiving regular updates and has already done so in the form of a playable Max Brass in July’s update. Hopefully, we’ll learn more about this mysterious character very soon.