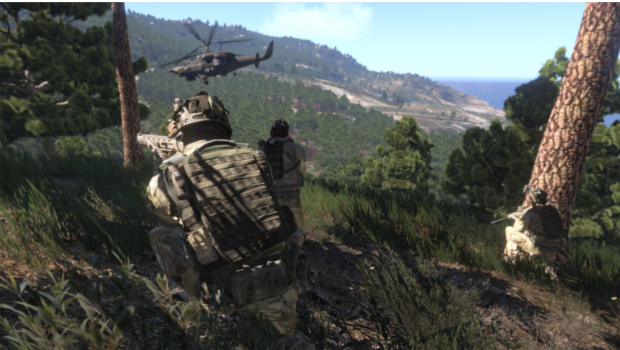 The development of Arma 3 continues at a nice pace, and fans who are taking part in the process will see an update today. Straight from the notes themselves: “a wide number of tweaks and optimizations, version 0.54 of the Arma 3 Alpha implements a new fog technology, adjustable sidearm stances and further stability fixes.” For those of you who aren’t in on this yet, you can buy your way in via Steam or from Bohemia Interactive. More resourceful individuals can track down an invite to Arma 3 Alpha Lite – so keep a watch on gaming news sites and social media channels for those giveaways.

For those of you who prefer their news delivered more formal and officially, I present to you the press release itself:

Bohemia Interactive has released a new update for the Arma 3 Alpha. Aside a wide number of tweaks and optimizations, version 0.54 of the Arma 3 Alpha implements a new fog technology, adjustable sidearm stances and further stability fixes.

To participate in the Arma 3 Alpha, people can choose from the Arma 3 Alpha (24.99 EUR/19.99 GBP/32.99 USD) or Arma 3 Digital Deluxe Edition (39.99 EUR/34.99 GBP/49.99 USD) on Steam or Store.bistudio.com. Alternatively, they can obtain a free invite to the Arma 3 Alpha Lite, which enables you to try out the singleplayer content of the Alpha. The full overview of editions, and their conditions, can be found here.

The Arma 3 Alpha will update automatically via Steam. The changelog for 0.54 is provided together with the update or can also be found on the official Arma 3 website.

Great stuff for you fans of FPS games with a more realistic tinge to it.