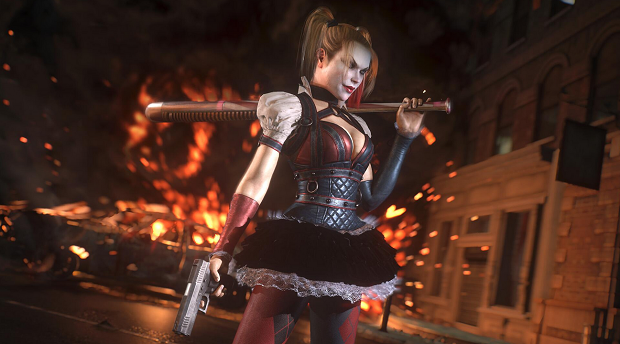 New details on Batman: Arkham Knight’s Harley Quinn DLC have been revealed through the game’s Amazon page, including confirmation that the content will take place before Arkham Knight proper.

Those who pre-order the game will be able to play as the Joker’s sidekick, and will have to rescue fellow villain Poison Ivy from Blüdhaven Police Department. Harley isn’t the only character gaining a playable role through DLC, with Red Hood also being playable to those who get Arkham Knight at GameStop.

Arkham Knight was recently delayed, but only for a few weeks to June 23rd. There have been reports that Batman: Arkham Asylum and Batman: Arkham City may be getting remastered for PlayStation 4 and Xbox One.