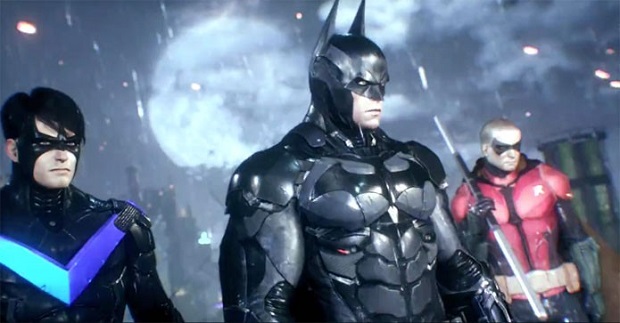 It has been confirmed that players will be able to switch between playable characters in Batman: Arkham Knight.

The “All Who Follow You” trailer shows how players will be able to carry out cooperative attacks with characters like Robin, Nightwing, and Catwoman along with playing as Batman himself. At any point that another character is present, you’ll be able to “seamlessly switch between The Dark Knight and his allies including Robin, Nightwing, and Catwoman in FreeFlow Combat.”

Official Batman: Arkham Knight Trailer - "All Who Follow You"

Arkham Knight is coming to PC, PlayStation 4, and Xbox One on June 23rd. For more on the final game in the Arkham trilogy, check out our latest preview.