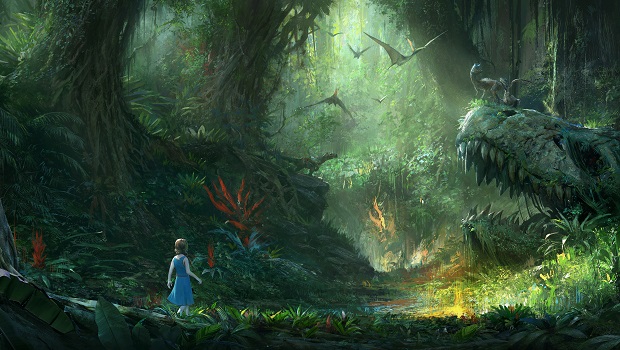 Snail Games revealed a new making of video for ARK Park, a virtual reality experience based on ARK: Survival Evolved. The game is planned to be released later this year for HTC Vive, Oculus Rift, and PlayStation VR.

Based on the early access game ARK: Survival Evolved, ARK Park transports players into the Jurassic era, where they will participate in a multiplayer tour of the land, witnessing dinosaurs up close and personal. The making of video below highlights Snail Games’ use of photogrammetry to provide visuals, which is the process of pulling visual data from an array of photographs for the purpose of generating fully textured high poly models, for the art work and visual design. Photos were taken of real locations such as Seattle Washington’s Tiger Mountain and then scanned by using the Unreal Engine 4, producing materials that are highly refined and editable.

The Making of ARK Park

For more information, check out our introductory look of the PS4 version of ARK: Survival Evolved. ARK Park will be available later this year on HTC Vive, Oculus Rift, and PlayStation VR.