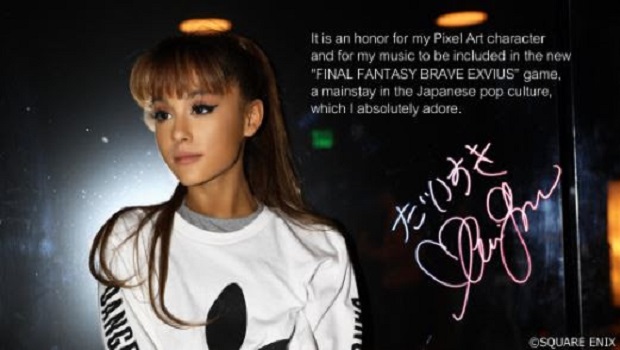 Square Enix, in celebration of nine million downloads of Final Fantasy Brave Exvius outside Japan, announced special log-in bonuses as well as a collaboration with pop star Ariana Grande. The free-to-play title is available now for Android and iOS devices.

With a costume based on her third album, Dangerous Woman, Ariana Grande will be available as a character to obtain in a special limited-time campaign, which will be announced later this month. In addition, Grande’s song “Touch it” will be rearranged to fit the style of Final Fantasy Brave Exvius, and will be released on Youtube. More details on the collaboration are included in the video below.