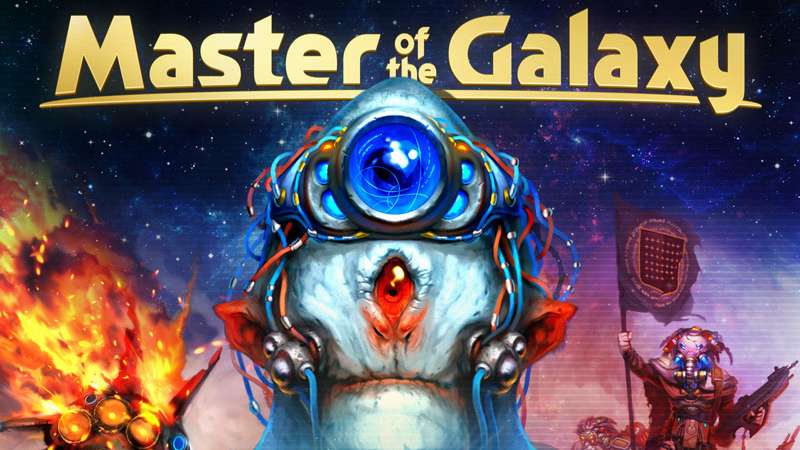 Just last week I posted about the strong library of games coming from Ares Games, with many of them being demoed or available at Origins next week.  Ares isn’t sitting on its laurels though, as they have just announced a partnership with Igrology to publish the English edition of Master of the Galaxy.

Italian company Ares Games and Russian company Igrology announce a partnership to publish the English edition of “Master of the Galaxy”, a 4X board game (eXplore, eXpand, eXploit, eXterminate) set in a distant future, where nine different species (including Humanity) are developing Galaxy-spanning civilizations.

Master of the Galaxy will be launched on Kickstarter in July 2017, and it’s planned to release in 1Q 2018.

In “Master of the Galaxy”, nine Elder Races are about to unleash a war to seize new stars and planets. Players are challenged to conquest the Galaxy, starting with one star system, one Race card and a modest supply of resources. Using at its core a “bag-building” mechanic, players will collect new resources to fuel their expansion and development to suit their strategy. Players can choose different ways to dominate the Galaxy – trying to quickly spread their people across the stars, developing science to a level unreachable by the opponents, or embarking themselves on a methodical extermination of the rivals.

Master of the Galaxy is a game for 2 to 4 players, age 13 and up, playable in about 40 minutes per player. An online version is already available on Tabletopia, one of the best digital platforms to play board games online – Tabletopia and Igrology have strong corporate ties and a close working relationship.

“Master of the Galaxy is a beautiful game, with strong theme and artwork, and will be a great addition to our Euro & Thematic Games line” said Roberto Di Meglio, Director of R&D of Ares Games. “We got to know Timofey and his team thanks to our cooperation with Tabletopia on the online versions of our games Dungeon Time and Sword & Sorcery, and we are very happy that this partnership now expands to cover the traditional board game world as well”.

“We are very glad to launch “Master of the Galaxy” in cooperation with Ares Games”, said Tim Bokarev, Director of Igrology. “To our company, it’s very important to have a partner with deep experience in international publishing, with whom we have found a common language very quickly and who shares our passion for board games”.

More information about the Kickstarter campaign for Master of the Galaxy will be unveiled soon. To keep updated with the news, follow Ares Games website and the Facebook page.

Master of the Galaxy looks like it will have a ton of replayability with the number of species available, and I have a feeling the will be plenty of tech trees to look at.  Look for the Kickstarter to come next month.