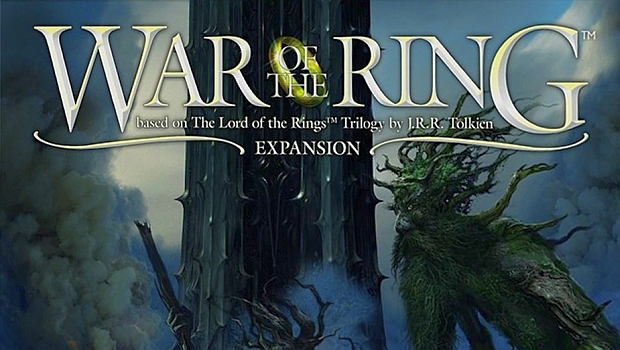 The latest expansion to Ares Games’ highly popular War of the Ring strategy board game is now available. Given the popularity of the base game and previous supplements, I recommend picking this up right away.

Ares Games announces a new expansion for War of the Ring – the epic board game inspired by Tolkien’s “Lord of the Rings”: Warriors of Middle-earth. This new expansion will include Ents, Dead Men of Dunharrow, Great Eagles of the Misty Mountains, Corsairs of Umbar, Wild Hilmen from Dunland, and Giant Spiders.

With the new expansion, these warriors and creatures of Middle-earth – previously featured only as special Event Cards – will become an essential part of the game, with unique figures and specific abilities.

Warriors of Middle-earth will also present new mechanics to enhance the game: Faction Dice and Faction Events, used together with the new figures, will open up new and exciting strategies and make the War of the Ring Second Edition even more challenging and fun. The expansion is fully illustrated by John Howe, one of the world’s foremost Tolkien illustrators, and the main artist of the War of the Ring line.

Created by Italian game designers Roberto Di Meglio, Francesco Nepitello, and Marco Maggi, the strategy board game War of the Ring allows players to immerse themselves in J.R.R.Tolkien’s classic story, leading the Fellowship in its quest and the armies of the Free Peoples against the assault of the dreadful minions and armies of the Dark Lord, Sauron.

For those interested in this game who do not already own the base game, War of the Ring Second Edition will be reprinted and available again in August 2015.