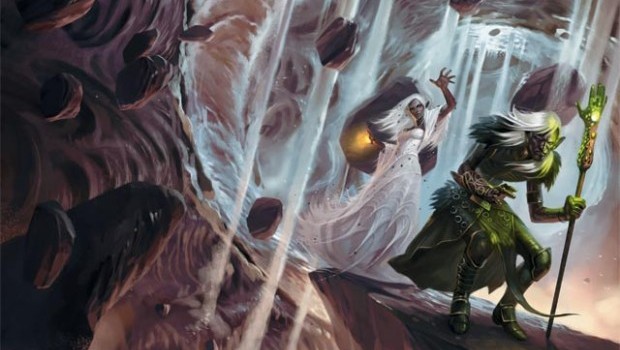 Last year Wizards of the Coast had a huge Dungeon and Dragons campaign revolving around the Neverwinter setting.  With that campaign winding down, they announced a new campaign called The Sundering.  This campaign will involve mobile games, board games, and the tabletop RPGs as well.  Today they have released a new trailer highlighting the mobile game Dungeons and Dragons: Arena of War.

Arena of War, the first ever free-to-play Dungeons & Dragons game for mobile, is a 3D battle-RPG developed by DeNA in partnership with Wizards of the Coast. Set in the Forgotten Realms, Arena of War features iconic D&D locations such as Baldur’s Gate and monsters such as the Beholder. The live events in the yearlong Sundering event will evolve in the game giving an ever-changing experience to players.

Arena of War will be available soon for free on iPhone, iPad, iPod touch and Android.

If you are interested, you can pre-register at http://www.dndarenaofwar.com and upgrade their character with the Ultra Rare Power “Cause Fear.”  Be sure to check out the trailer below for more information about Arena of War.