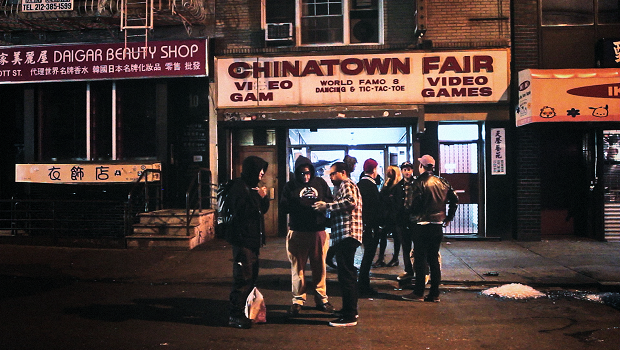 New York City-based film company 26 Aries announced that The Lost Arcade has been released today to download and stream digitally on a variety of online marketplaces. The film delves into the demise of arcade culture, and how a small arcade in New York managed to foster community in the age of online gaming.

Directed by Kurt Vincent and written by Irene Chin, The Lost Arcade focuses on a diverse community in Chinatown Fair, a small but dedicated NYC hangout. Dubbed as “The last arcade in New York”, the documentary shows how tight-knit a group such as this populates Chinatown Fair even when the rise of online gaming aims to change social connections. The film deals with the competitive nature of gaming culture and how people from different situations became much more than a community.

“I kept thinking that this institution hidden in New York City’s Chinatown must have a history that needed to be shared,” Said director Kurt Vincent. “I wanted to create a film that would capture the spirit that hit me the first time I walked through those doors. There was a melting pot of a community that congregated there, where all walks of life came together and shared one common interest: video games. It was a microcosm of what New York was all about.  Not the overpriced New York we’ve come to accept, but what this city originally stood for and still does when you look deep enough.”