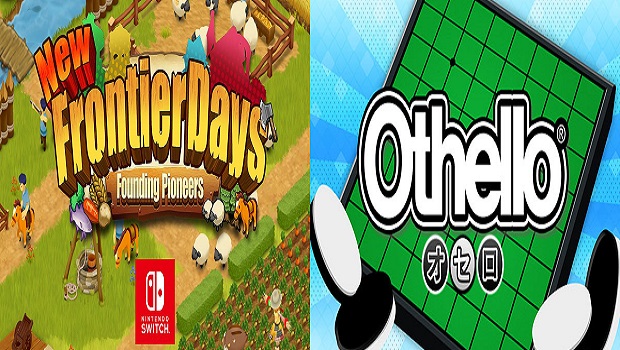 Based on current North American eShop listings, Arc System Works will release New Frontier Days: Founding Pioneers and Othello this Thursday on the Nintendo Switch eShop. Originally launch titles for the Japanese and European Switch eShops, the two titles will retail at $9.99 and $4.99 respectively.

New Frontier Days: Founding Pioneers is a town-building simulation game, where you command pioneers to colonize a new land. After acquiring enough resources from the land, you can create buildings in order to process lumber, textiles, and many more materials to help your town thrive. Included in the game are three modes: a story mode, where you and your assistant Jessica aim to develop a town from scratch, survival mode, which includes five different difficulties, and free mode, which is a leisurely mode with no game overs.

Othello is an adaptation of the classic board game, complete with features for players who are newcomers or veterans. There are a total of 16 difficulty levels in single player mode, as well as a hint system for accessibility. A two-player mode is also available, which will utilize the joy-con controllers or a pass and play handheld mode.