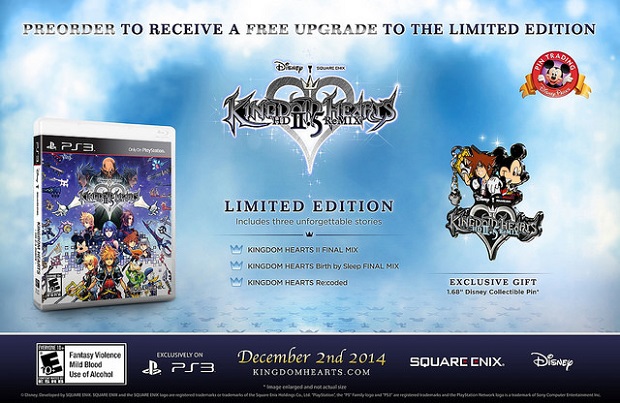 While Japan is getting a more substantial limited edition of Kingdom Hearts 2.5 HD Remix, North America is getting a little something too.

Kingdom Hearts 2.5 HD Remix will be released exclusively on PlayStation 3 on December 2nd.