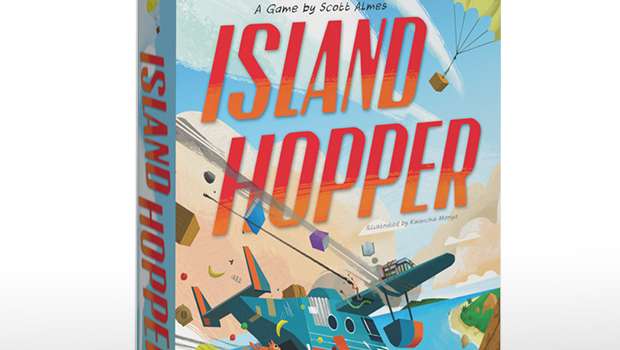 Sometimes it’d be nice if life was simpler, and all you had to worry about was delivering packages.  Who cares if the body is held together by duct tape and a prayer?  That’s the theme of Scott Almes new game Island Hopper, which just made the trek onto Kickstarter.

Island Hopper, a game where you and the other players fulfill contracts for the various companies scattered throughout the archipelago, while bidding amongst yourselves for who is going to pilot the battered plane. Bribing the pilot is essential since everyone has different contracts for different islands, and not enough fuel to get to them all! With none of you being actual pilots, and the navigation system being shot, this forces the pilot to rely on the other players for directions to successfully deliver cargo. Since everyone wants to fulfill contracts on different islands, the question really is, who should you trust?

Scott Almes designed Island Hopper, along with other titles, such as Loop, Inc.and the Tiny Epic series of games. It supports 2 to 6 players, ages 10+, and takes only an hour to play. Island Hopper is a fantastic addition to the gaming industry, and Scott’s contribution will be a game that you will keep coming back to time and again.

Combining dexterity with a Euro is a unique idea, and it could go great or completely crash.  Scott Almes has a pedigree with the Tiny Epic series of games though, and I think that it’s at least worth taking a look at.