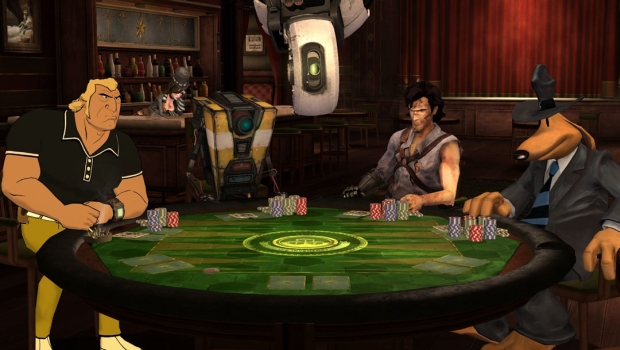 Telltale isn’t all about Bone, Sam & Max, and The Walking Dead – they’d also like to bring you to the table and take your chips.  The sequel to the awesome hit Poker Night has hit XBLA with the PSN and PC launching on 4/30 and 4/26 worldwide, respectively.  What’s Poker Night 2?  Awesome – that’s what.  Here’s why:

Poker Night 2 is the unnecessary sequel to Poker Night at the Inventory! In the original game, you played poker with a bunch of weirdoes for Team Fortress 2 items and the satisfaction of beating the odds. Now, In Poker Night 2…

We’ve got a review coming very shortly, but this one looks like one you could pick up safely sight unseen.  The hilarity alone should be enough to propel this into the awesome-sphere.  Don’t believe me?  Check out this trailer of pure badassery!