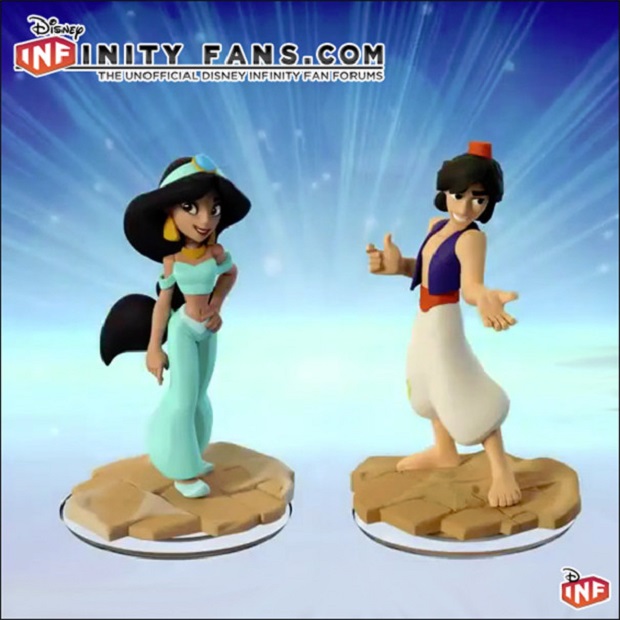 Coming to the ever-growing roster of characters in Disney Infinity 2.0 is Aladdin and Jasmine.

A leaked trailer shows that the main characters of the 1992 Aladdin film will be making their way to Disney’s figure-based game sometime after the game launches later this year. The leak comes courtesy of the Disney Infinity Fan Forum.

Recently Disney revealed that the Guardians of the Galaxy as well as select villains from the Marvel universe would be coming to Disney Infinity as well, as part of the Marvel Super Heroes packs.

Disney Infinity 2.0: Marvel Super Heroes was revealed earlier this year and is coming to iOS, PC, PlayStation 3, PlayStation 4, Wii U, Xbox 360 and Xbox One on September 23rd. A Vita version is planned for release sometime next year.