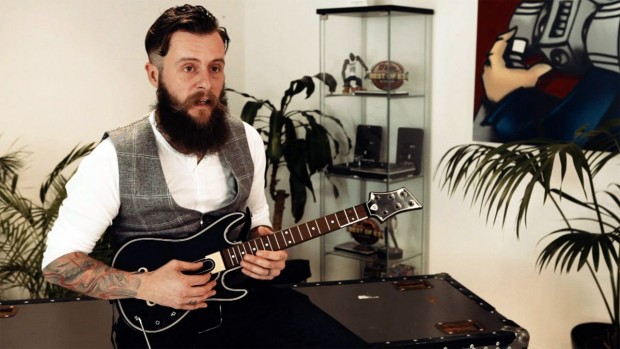 Activision has confirmed that it doesn’t plan to annualize the Guitar Hero series after the launch of Guitar Hero Live later this year.

Speaking with GameInformer, Activision’s Tyler Michaud said that it isn’t currently part of the company’s plan to release another Guitar Hero in 2016, as it believes that Guitar Hero Live is well-suited for bringing out new content digitally rather than having to release a new game to retail every year, specifically pointing to the inclusion of Guitar Hero TV.

“It is not in our plan to put out a new disc in 2016,” he tells us. “When you look at what [Guitar Hero Live’s GHTV] can do, we can bring you that new content and new ways to play without having to ship you a new disc.”

Guitar Hero TV allows developer FreeStyle Games to roll out songs that can be played to the backdrop of a music video rather than the game’s FMV of a rock concert. Michaud says that this feature will make Guitar Hero Live more of a platform than past games in the series, and will help avoid the oversaturation of the music genre that became a problem in the past.

“I think the beauty of the way FreeStyle has developed this game is that you have GHTV as this connected mechanism; this living platform,” he says. “It removes the need to bring a new disc to market in order to bring you new music. In 2007, so much of our audience is not even connected. You think of all the people playing on Wii and PlayStation 2 – all of those discs that hit the market came from a good place of so much demand for new music. Even though our genre set was more narrow back then, you’ve got different time periods, you’ve got different bands and people want all this content and back then, the solution to bring you that content was to ship a disc. And now, we don’t have to do that.”

Guitar Hero Live was announced last week, and is essentially rebooting the franchise with a new setup, new instrument, and new direction.