Cabela’s titles are generally aimed at the hunting enthusiast, mainly teenaged boys and adults who enjoy getting out in the woods and hunting deer, quail, dove, hogs or any other particular animal.  This time though, things are a bit different as Activision has announced the upcoming release of Cabela’s Adventure Camp, a motion-based title which apparently is filled with a ton of mini-games…and includes in-game briefing via the ability to create obstacles for other players.

“We are thrilled to bring the fun and enjoyment of the outdoors to living rooms around the country as parents share the love of these traditionally outdoor activities with their kid,” said David Oxford, Executive Vice President of Activision Publishing. “We are excited to offer a family bonding experience in this motion-oriented, active participation, social gathering title!”

Games include biking, kayaking, wave riding and others.  Cabela’s Adventure Camp is due out for Wii, Xbox 360 (requires Kinect) and Playstation 3 (requires Playstation Move) on November 1, 2011.  We’ve also got some screens, so check ’em out! 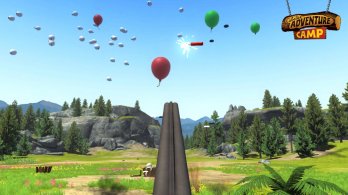 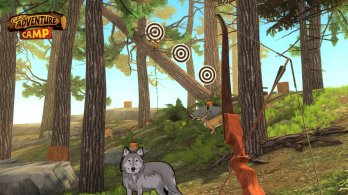 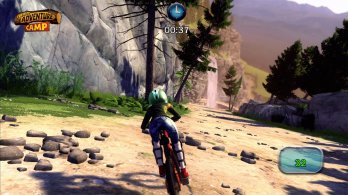 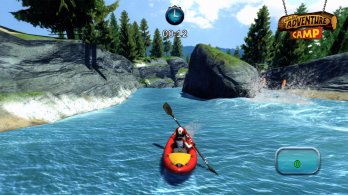