BANDAI NAMCO announced at the PlayStation Experience 2015 that they’d be teaming up with Project Aces again to bring Ace Combat 7 to the PlayStation 4.  Celebrating 20 years with the franchise, the game celebrates everything we’ve come to love about the series.

ACE COMBAT 7 delivers the culmination of 20 years of aerial combat game development expertise, resulting in the most realistic and exciting ACE COMBAT game to date,” said Eric Hartness, Vice President of Marketing at BANDAI NAMCO Entertainment America Inc. “It’s no small feat for any video game franchise to thrive over two decades; ACE COMBAT’s longevity lies in its ability to deliver authentic and intense flight combat action, presented through amazing visuals, all wrapped in a unique and compelling storyline. We look forward to seeing players suit up and become ace pilots.

The game was built on Unreal Engine 4, and trueSKY technology, bringing hyperrealism we’ve never seen with this franchise to life.   The game will also feature exclusive features for Sony PlayStation VR, as well as a full campaign and online multiplayer.  Enjoy these first two screens of the game in motion: 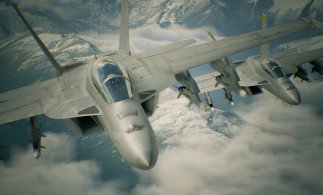 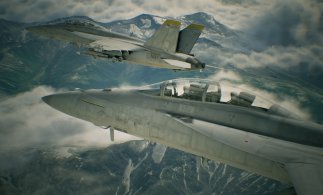