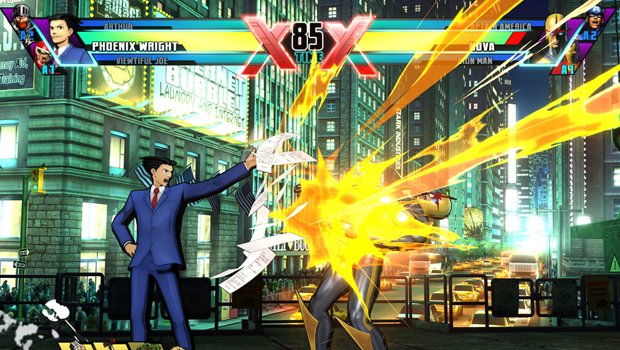 No, he’s not hoping to bring more fighting games – though personally I’d like to see that happen. Siliconera reports that Motohide Eshiro would like to continue the series that casts Miles Edgeworth as the star: Ace Attorney Investigations. Right now there’s no guarantee this will happen, as Motohide makes clear this is in the ‘Yeah we’re going to talk to some of the executives at Capcom and see if the resources can be allocated’ stages of discussion. Still, for anyone who enjoyed playing as the prosecutor rather as the defense attorney slash freelance prosecutor that was Phoenix Wright himself, this is at least a glimmer of some good news.

Motohide also mentions that Miles has changed over the course of his adventures with Phoenix Wright, which is probably no surprise to anyone who’s played the series – Miles managed some changes in the very first game, and development of personality has always been one of the cornerstones of the Phoenix Wright series. Here’s hoping Miles gets some center stage action in another game of his own. Hopefully one that manages to catch on about as well as Phoenix Wright himself has.