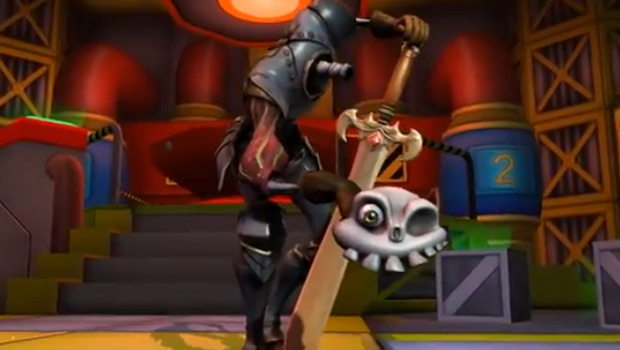 It looks like a PlayStation 4 iteration of MediEvil may be on its way.

YouTube user AreajugonesTV has posted two very brief videos showing MediEvil protagonist Sir Daniel Fortesque walking through a cemetery, one of which is watermarked with the phrase “Confidential property of Sony Computer Entertainment Europe. Do not distribute.

These videos could be fabricated, but members of NeoGAF are quick to point out that Bloodborne leaked in a similar fashion last year.

The original MediEvil launched on the first PlayStation in 1998. A sequel, simply titled MediEvil 2, was released on the same system two years later. The first game was remade as a PSP launch title under the name MediEvil: Resurrection in 2005. Sir Daniel Fortesque recently appeared as a fighter in PlayStation All-Stars Battle Royale, with a stage based on the series being released for the game as DLC.