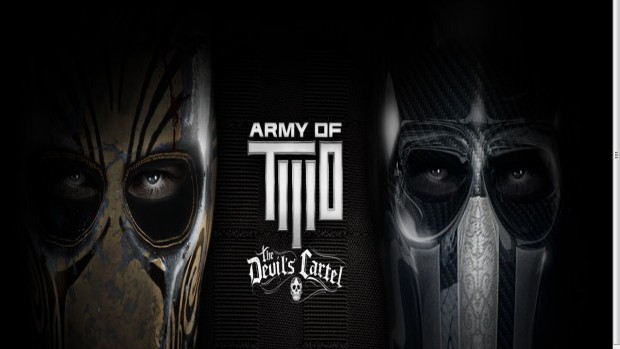 EA’s latest installment in the Army of TWO franchise, Army of TWO: The Devil’s Cartel, is prepping for it’s launch on March 26th by releasing a new demo of the game. The demo debuts on March 12th, today, for the Xbox Live Marketplace and PlayStation Network. The game features co-op based gameplay. In the demo, one player will face the opponents on the ground, running directly into the battlefield, while the other player mans a minigun on a helicopter to provide cover.

‘Army of TWO: The Devil’s Cartel Overkill Edition’ is available for pre-order. This bonus edition will give you more masks, outfits, weapons, and an extra mission. If customers pre-order from GameStop, they will receive the ‘Army of TWO: The Devil’s Cartel Hit-Maker’s Kit’, which includes more playable characters, more gear and an extra mission. This game comes out on March 26th for both the Xbox 360 and PlayStation 3