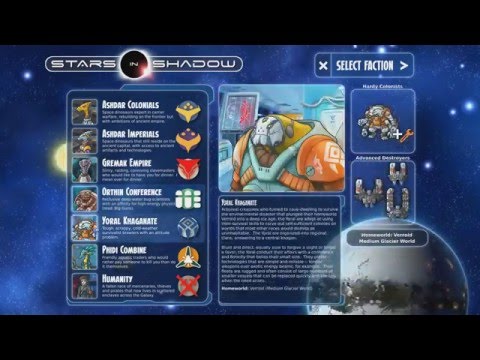 Stars in the Shadow, a new 4x strategy game from Iceberg Interactive, will be released onto Steam Early Access on September 15th.

Stars in the Shadows is a turn based strategy game with seven playable races and unique comic book style visuals, where you must explore the stars and either conquer your opponents through combat or outwit them with diplomacy.  Not only that, but it has a galaxy of planets to explore, each with their own lore and resources, which you must explore in order to expand your civilization through the galaxy.

You can check out this official footage of the Beta to get an idea of gameplay in Stars in the Shadow.