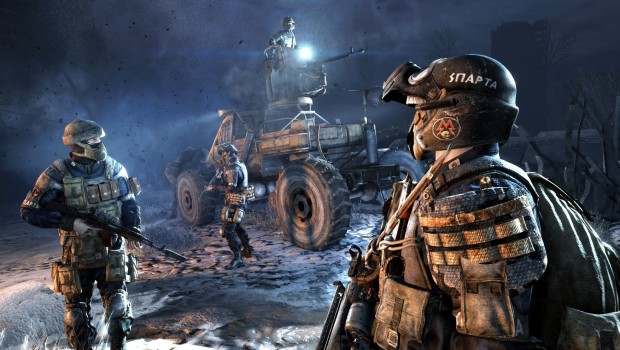 Metro developer 4A Games has spoken out about why it won’t be offering a free upgrade for Metro Redux, a compilation of Metro 2033 and Metro Last Light, to users who own the original game.

Through a post on the game’s official Steam Community Page, 4A Games explained the reasoning behind the lack of an upgrade is due to the amount of time and resources put into the remakes.

“Almost the entire team of around 80 people at 4A Games will have been working on the Metro Redux titles for almost a year by the time we release next month. It has been a substantial project for the studio, with three main elements:

The game will be offered at a 50% discount to owners of the original Metro Last Light, but due to the Metro Redux including all the game’s DLC 4A will not be giving it out for free. 4A does acknowledge that the package might seem entirely unappealing to those who bought the original games and DLC, but also says they don’t expect fans of the original games to double dip should they not find the Redux package enticing at its current price point.

“We felt that because the Redux version also included the DLC in addition to the new game mode and enhancements, that was also a fair price.

But we understand that for those of you who already had the DLC, the offer is not as compelling – again, we are not pretending this is as significant an overhaul as Metro 2033. And we did consider alternatives – e.g. 50% if you only owned the base game, 75% if you owned all the DLC – but these ideas raised a number of practical / logistical challenges.

In the end, a flat 50% discount was judged to be the simplest, fairest solution. Ultimately, you are free to vote with your wallets.

If you have already bought Metro: Last Light, with or without the DLC, and you feel that we are not offering enough to tempt you to upgrade – that’s fine.

We are extremely grateful for your support for the original game – we do not expect you to purchase the Redux version, nor do we feel entitled to your custom. Make your own decision based on whether you think that $12.49 (or the local currency alternative) is worth the asking price, and we will respect that.”

4A confirmed that Metro 2033 and Metro Last Light would be coming to PC, PlayStation 4 and Xbox One earlier this year, and have since revealed that the games would be released later this month on August 26th.