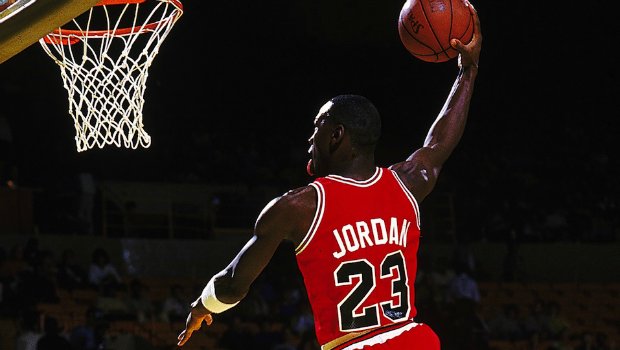 To celebrate their launch of NBA 2K14, the folks at 2k Sports have released a special Michael Jordan interview where he riffs on current players, the state of the modern game, and the strange new world of social media.  The video shows Jordan speaking his mind, interspersed with NBA 2k14 action involving the greatest of all time.

The video doesn’t really break any boundaries. Mike speaks on the current state of basketball, and seems to imply that today’s players are softer than those who played in his era.  He also makes the claim that if he were in his prime, he could play a large number of today’s greats in one-on-one games and win.  The lone exception?  Kobe Bryant, who Jordan accuses of stealing his moves.

The truth is, what else is he supposed to say?  If Michael Jordan had said the game in his time was softer and weaker than today, that’s news.  If he had claimed that LeBron James and Carmelo Anthony are better players than he, that would have been news.  Even his “admission” of Kobe Bryant’s prowess on the court comes with a snide remark, making it seem a lot less a show of respect and more a jab across the cheek.  Michael Jordan thought he was the greatest to ever walk the Earth and he still does.  While that’s hard to argue with, it is not particularly noteworthy.  Yet, when the GOAT speaks, we all turn our heads and listen.

Developed by Visual Concepts, a 2K studio, NBA 2K14 is available on PlayStation 3 and Xbox 360 systems in North American stores today and on October 4, 2013 internationally. Rated E for Everyone by the ESRB, NBA 2K14 will also be coming to Windows PC, PlayStation 4 and Xbox One later this year.