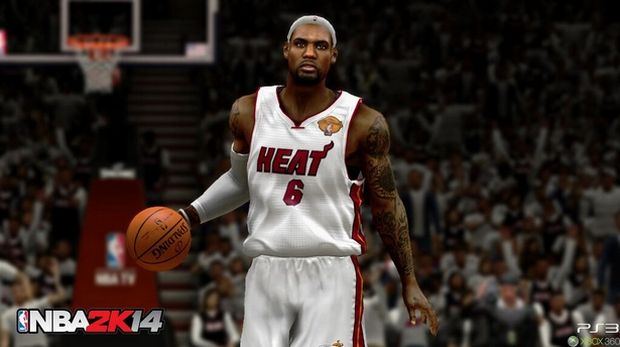 As the first screenshot of NBA Live 14 was recently released by EA, 2K has responded with some promotional material for their own basketball game. NBA 2K14 has received a nice new developer diary. The dev diary features Senior Producer Rob Jones and others. It’s about that time, time for nets to sing as the ball flies straight through them without even grazing the rim. It’s almost time!

The Dev Diary content features Senior Producer Rob Jones and others discussing improved offense and defense, physicality, tighter controls and awe-inspiring blocked dunks, as part of the most balanced and deepest gameplay package the series has ever seen.

NBA 2K14 is releasing for the PS3, Xbox 360, and PC on October 1st. There will also be next gen releases coinciding with the two console’s launch dates.