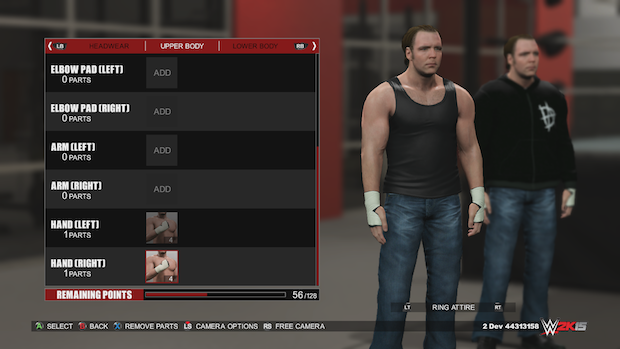 After having revealed the Creative Suite mode, 2K has now provided some details on WWE 2K15’s mode.

One of the most interesting things about these details is that 2K addressed the lack of features many fans have come to enjoy within the Creative Suite. The press release announcing these details stated the following “Although some choices removed features from previous iterations, they ultimately provide the highest quality customization and depth of choice across the board.”

Lynell Jinks, the Art Director for Visual Concepts went on to detail certain aspects of the Creative Suite. He stated the following regarding the lack of features and new additions…

Although some features were removed, we added an incredible new tool that will really change WWE 2K15 and the future of in-game customization: the Superstar Studio. This feature is something fans have requested for a long time, and we’re happy to deliver this key innovation in WWE 2K15. We’ve received very positive feedback on Superstar Studio thus far, but it seems like many want to know how the process actually works!

He went on to talk about the fact that there is now more options available to you for changing your favorite superstar’s appearance. Jinks stated that there will be “128 points or 64 layers worth of attire parts” for each superstar as your build their attire set.