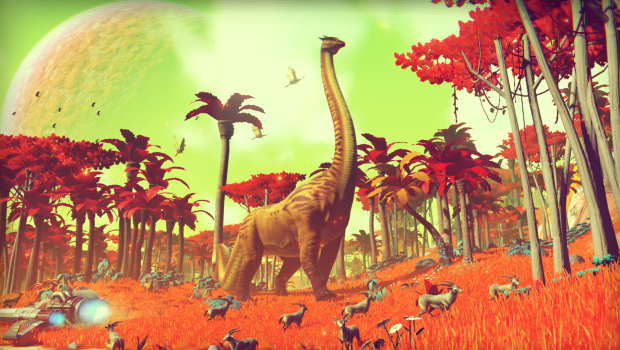 10 million species of animals have been discovered in No Man’s Sky, according to game creator Sean Murray.

For instance over night we hit 10 million species discovered in NMS… that's more than has been discovered on earth.
WHAT IS GOING ON!!!

Within the first 24 hours of the game’s release, No Man’s Sky players have accumulatively discovered more species in-game than there are currently documented in the real world. With potentially millions playing the game and billions upon billions of planets to explore, many of which contain a multitude of species, it is very likely that this number will grow exorbitantly over the next few days.

Murray released this bit of data in a Twitter thread focused on addressing the issue of multiplayer in No Man’s Sky. Yesterday, two NMS players found that they were in the same planetary system but could not find each other, leading many to believe that the game truly has no form of multiplayer. However, Murray explained in a tweet late last night that Hello Games did intend for players to find each other, but they weren’t expecting this to happen so soon. Murray also drew it up as an issue with overloaded servers.