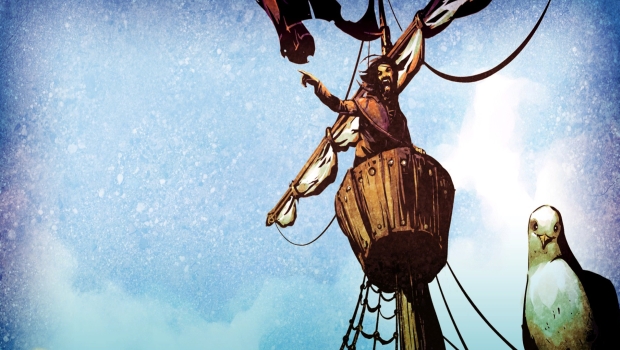 For a number of years now, some very clever developers over at German studio Gaming Minds have been churning out solid titles centered on prudent trading and fierce tactical battles at sea. These would be the illustrious Port Royale and Patrician series, both of which have garnered extensive critical praise, and the brand new Rise of Venice carries on that same tradition in style. The year is 1455, and the world is your oyster; will you rise to the top of the Venetian pecking order, or be forever relegated to the dustbin of history?

[singlepic id=16512 w=320 h=240 float=left]To solve this mystery, you’ll need to navigate the unforgiving waters of the Mediterranean, seeking out bargain goods to sell elsewhere at a hefty markup, while racking up power and political influence along the way. The core of Rise of Venice’s gameplay lies in trading, and as an economic simulator, it’s a surprisingly adept and addictive one at that. There’s something inherently satisfying about striking a deal for surplus wine in Rome and hauling it south to Naples for a substantial profit, and the entrepreneurial spirit of the times, founded on the age-old principle of supply and demand, is captured quite nicely.

[singlepic id=16515 w=320 h=240 float=right]In terms of the ways that the developers have created this atmosphere, there are many factors at play: firstly, the visual presentation is gorgeous. The blue-green sea sparkles like so many emeralds, while each port that you find yourself trading in has been animated with tremendous attention to detail, the bustling crowds and growing cities lovingly illustrated with a lush palette of colors. Additionally, the game runs very smoothly, with seamless integration between various camera modes that make the busy shipping routes all the more attractive and easy to get a handle on. It’s not too taxing on the system, allowing players with lower-end machines to get in on the fun, although you might want to make sure your graphics card is up to snuff if you’re interested in playing on the max settings. There’s no need to sit through intrusive loading screens, and it’s clear that one high priority was keeping the player as immersed as possible in Renaissance Italy.

[singlepic id=16517 w=320 h=240 float=left]For those who remain skeptical at the premise, or perhaps are wondering how a trading simulator could really be all that fun, hauling goods only constitutes the nucleus of the game; dozens of intriguing scenarios inevitably crop up as a result of this basic premise, and you’ll be called upon to handle extremely urgent – and dangerous –  matters at a moment’s notice. Pirate attacks remain an unfortunate reality of your merchant’s life, and they can be brutal (both in terms of difficulty and loss of life), which brings us to another section: naval combat. Rise of Venice deserves major kudos for how unique it is, but it owes at least a moderate debt of gratitude to big names like Total War (especially Shogun 2, in terms of naval duels) and Civilization for their pioneering work, and the influence here comes through as a token of respect (one should note however, that big games like that couldn’t succeed without the innovation of indie developers, too). In other words, the successes of Rise of Venice can be attributed partially to how much the developers paid attention to the things that delighted the audience at large for their chosen genre.

[singlepic id=16513 w=320 h=240 float=right]As mentioned earlier, the pirates can be devilishly tough to beat when you first start out, but battles become easier once you build up a decent convoy and provide it with certain necessary armaments, namely men, guns, and cannonballs. By recruiting sailors and purchasing firearms in the various cities where you conduct your business, you can make rapid progress towards having the most fearsome fleet on the seven seas, and the stronger your navy, the better chance you have of dealing with unexpected hostile situations.

When actually engaged in combat, Rise of Venice employs a fairly intuitive control scheme that has you click-dragging with the right mouse button to steer your ship, while trying to sink the other guy’s boats by letting off repeated cannon barrages. An aspect that’s sure to please a lot of players is the variety of arms that you equip your convoy with, including oil slicks to bog down the enemy, exploding barrels that are basically sea mines, and my personal favorite, two cannonballs with a chain strung between them that spin through the air, snapping any masts they encounter as if they were twigs.

[singlepic id=16516 w=320 h=240 float=left]At the end of the day, the sea battles are probably the most exciting part of Rise of Venice, but it’d be hard to say whether it’s the best part, since the game demonstrates an impressive well-roundedness that is all too rare these days. There are definitely some times when you’ll lose an entire fleet, and you might not be too happy watching them sink to the bottom of the ocean (along with that expensive hemp and wine order you just purchased, oh and not to mention all your men and guns), but it’s also a chance to reevaluate your allocation of resources and start anew. Plus, as a kind of visual perk to make up for the fact that you just lost a fortune, when sailors get tossed overboard, you have a certain amount of time to try and rescue them from the sea before a vicious Great White snaps him up in a thrilling animation, which is just a lovely touch (God rest their souls).

[singlepic id=16508 w=320 h=240 float=right]Gaming Minds did include a multiplayer mode for up to four players, which allows you to carry on your trading rivalries with friends in a more competitive atmosphere. Many people will find that they’d rather spend all their time on the campaign, since it gives you more control over the difficulty and competition levels, etc. There’s less chance for interference, or of getting into too many fights with belligerent online opponents. It’s not that people won’t enjoy the multiplayer matches, but the single-player experience is exemplary, and the missions range everywhere from acts of sabotage, to espionage, to shady political deals mixed with commerce, and everything else in between. Also worth noting is the learning curve for this game is especially gentle, with tutorials that really help without being too intrusive or pedantic. Though the game may seem complex on the surface (and the mechanics at play here certainly are), getting a ton of enjoyment and replay value out of it is no challenge at all.

If you’ve never tried Port Royale or Patrician, but are looking to explore a truly engaging “period piece” that will provide hours of entertainment, take Rise of Venice for a spin. As the latest offering from Kalypso and Gaming Minds, the game succeeds at re-creating an age out of mind through the very modernity of its design, and the presentation is as slick as any other new release you’ll find out right now. It may not be for everyone, but even if you count yourself among such people, there’s an extremely good chance you’d change your mind in no time at all after playing this gem.