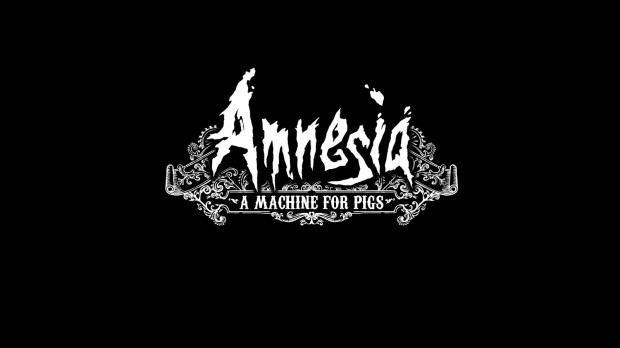 When Amnesia: The Dark Descent swept the forums and news sites back in 2010, it stood in sharp relief against the rest of the horror-gaming scene. While big budget games like Resident Evil 5 and Dead Space empowered their players to take the fight to evil, Frictional Games denied the player any form of self-defense except to run and hide. With the support of the growing Let’s Play community, The Dark Descent was a commercial and critical success, rocketing to the top of many “Scariest Game Ever” lists. Two years later we’ve got another Amnesia to send shivers down our spines. This time, however, Frictional have handed the reins to fellow indie darlings The Chinese Room–best known for the contemplative Dear Esther.

The streamlining of the puzzles is almost certainly due to a focus on story. It begins with Osmand Mandus’s searching for his missing children but you’ll follow his descent through steam and blood as he tries to uncover the purpose of the vast machine beneath his house. The story can be a bit obtuse on the first play through, but The Chinese Room’s careful placement of recurring images and motifs make the second run a real delight. Perhaps surprising in a horror game, A Machine for Pigs has some moments of real pathos. One standout sequence reveals that the creatures you spend the entire game fearing are perhaps not so monstrous as you think. It’s in the quiet moments like this where A Machine for Pigs really makes its mark. That said, A Machine for Pigs has a Point To Make. There’s no way to really discuss it without spoiling the whole story, but suffice it to say that your enjoyment of A Machine for Pigs may be related to your political views.[singlepic id=15861 w=320 h=240 float=right]

Though it’s largely focused on the story it wants to tell, A Machine for Pigs has some other things going for it. Thanks to some stellar audio, you’ll spend the first three quarters of A Machine for Pigs in a state of constant dread. The hissing of steam through massive pipes to the squealing of a terrified pig echoing through the halls, the background noises will keep your heart racing–just make sure you play with headphones. As good as the sound effects are, the music is even better. Composer Jessica Curry’s soundtrack is remarkable throughout, ranging from plaintive cello solos to a truly stunning organ fugue that you’ll wish was three times longer. Every song seems perfectly written to reinforce the moods the player is meant to feel.

Unfortunately, the visuals aren’t quite so splendid. Amnesia wasn’t a pretty game in 2011, and the HPL Engine 2 hasn’t aged well in the years hence. Textures look great, but the fog and shadow effects are unconvincing and artificial. I had a lot of issues with stuttering and screen tearing, despite running A Machine for Pigs on a decent PC. That said, the review code will be two weeks old by the time A Machine for Pigs launches, so many of the performance problems will hopefully be fixed now.

[singlepic id=15862 w=320 h=240 float=left]That just leaves us with one question–the big question: “How scary is A Machine for Pigs?” Well….probably not as scary as you wish it was. The Dark Descent based itself around a simple story, and so was able to focus on scaring the living daylights out of the player for over 8 hours. A Machine for Pigs is so focused on keeping it’s complex story moving that all the fat has been trimmed off. In fact, the last 90 minutes are so devoted to wrapping up the plot that there’s hardly room for anything scary–merely a pair of short segments with a new enemy. That’s really the only problem with A Machine for Pigs: it’s so dedicated to telling its story that it forgets to be scary. On the other hand, the tale The Chinese Room tell is sure to occupy your mind long after you reveal the mystery. Played with one’s thinking cap on, A Machine for Pigs is sure to horrify even when it doesn’t frighten.