Blood, guts, glory, all those things that they talk about in Dodge Ram commercials, that’s the stuff that men are made of.  Spartacus Legends, a new free-to-play game from Ubisoft, plays on the machismo heartstrings a gentle song in the ears of every young male gamer with a love of classic fighters and a lust for endless slaughter.   A smart mix of original Xbox era pit fighting and role-playing elements, Spartacus Legends is a prime example of quality coming from the new wave of free-to-play console games. Fans of the Starz television series will be happy to know that the gratuitous violence and macho-erotic language and pageantry is intact.  For others, just don’t try to take it too seriously.

[singlepic id=14357 w=320 h=240 float=left]In Spartacus Legends, you take the form of a manager of sorts, raising up little slaves into strong warriors through the use of new equipment and perks.  A “Ludus”, a place of training for gladiators, is in your control. It is in shambles and needs you to restore it to former glory.  The only way to do that is to take those slave gladiators out onto the circuit, get them pumped up and do battle.  Fighters must first knock down their opponent, then deplete their health bar a second time to defeat them.  Performing taunts and nice combos will win you favor with the crowd, and if manage to win over the crowd during a battle, you are able to perform a fatal strike on your opponent, leaving them dead on the arena floor.  There are three major forms of strikes: a quick strike, a power strike, and pankration, the use of strength to push through opponents defenses.  There is also a hold move that can deal massive damage if landed.  When performing a power strike, if the opponent is dodging or counter-striking, the camera will slow down to show the “race” of sorts to land a blow, which is a very cool little feature that plays well with the action.  However, the attacks are all very similar and despite the glut of combinations, the fighting tends to get stale rather quickly.

The main problem is a very simple one, however, and it’s that we’ve all played this same game a thousand times since we were young gamers.  Fighting games have long suffered from stagnation, and one this simple and straightforward is stagnation’s main victim.  This problem is alleviated slightly by it’s free status.

[singlepic id=14358 w=320 h=240 float=right]Every gladiator has a different weapon choice, such as sword and shield, dual daggers, or the mighty warhammer.  Gladiators and their equipment have grades, indicated by the color of the item or fighter’s name much like rare items in the Borderlands franchise.  Items affect more than just damage or defense.  Roll speed, dodge speed, pankration damage, and numerous other tweaks to the warrior can make or break your chances at survival.  Rather than using the newest or highest rated items, players must make wise choices amongst different items with different drawbacks and benefits.  This is a brilliantly simple idea that is surprising to see show up in a free-to-play, considering their business model.

The general design of the game is very hit and miss as well.  While the character and equipment models are just excellent, the arenas are all very boring and square, with few to no differing features from one to the next.  The spectators and buildings that make up the arenas are surprisingly detailed, however.  The entire red-orange psuedo-flaming decor on all of the background cards and menus is irritating and hard on the eyes.  Various phrases flash during loading screens with intent to “pump you up” for the fights.  Mostly, they are very cheesy, but some, such as “warriors are wise to learn to block lest they have cock removed from balls” is just gratuitous, if not laughably over the top.  The music is the menus between fights is a very shlocky, nu-metal style chant that is reminiscent of every band you’re embarrassed to admit having loved in 2002.  The loose, adolescent-friendly use of “strong language” helps to reinforce that bit of nostalgia.

[singlepic id=14359 w=320 h=240 float=left]Players can fight against computer opponents in a number of challenges that provide experience and a linear story that takes you from a bottom feeder to the king of the ring.  There is also a online player vs. player mode that allows you to battle other players from anywhere.  Painfully, there is no local multiplayer option, a growing trend that is very disturbing for humans who like to play games in the same room as one another.

Like many free-to-play games that we’ve all come to love on our mobile phones, Spartacus Legends makes it’s money from an in-game currency.  While a player starts with a pool of “silver” coins, and can earn silver through fights and objectives, a separate “gold” coin currency can be purchased and used to quickly advance your fighters abilities and class level.  Items that are locked until the player reaches a certain level can be bought early for gold.  Gladiators in your ludus can be killed in the arena by tougher opponents, and gold is required to resurrect them, lest they be eliminated forever.  Certain fights can be repeated, but after you complete a fight a little timer starts that disallows you from repeating it for a minute and a half.  Someone with the money to buy gold can beef up their stable enough to avoid this as a obstacle, but a player with no gold will have to grind the same level over and over, having to wait the minute and half just to play again.  All that said, players without the means to purchase the in-game currency can just earn it the old fashioned way.  Hours and hours and more hours of in-game play, just like in the old Super Nintendo fighters, can yield the same rewards that simply paying $50 can.  While the temptation will always be there, players who simply can’t pay for extra currency can just enjoy the free game at a slower pace.  For many, this is a more enjoyable and immersive experience, and can provide the player with pride in knowing they earned what so many others simply paid for.

[singlepic id=14360 w=320 h=240 float=right]Barring you being a psycho fan of the television program, Spartacus Legends will not become your favorite game or have much staying power.  What it will provide is a break from the complicated gaming world of today.  Spartacus Legends is the kind of game that you keep because it’s fun and you play when everything else has been beat or has gotten old.  It’s classic (if you can call early 2000’s classic) style is still workable and looks good with the updated graphics of the current times.  With the glut of free-to-play games on mobile devices that are simplistic, repetitive, and simply not fun, it’s interesting to see games like Spartacus Legends try that commercial model on larger, more deep games for consoles.  While you won’t be getting an all-time great, I strongly suggest you download the game and enter the arena…at your own peril.

Your brother has been kidnapped by a strange beast that’s destroyed your home and killed your father. You follow the beast’s trail...

VR survival games are few and far between to come across. So, when CM Games reached out to us and said their... 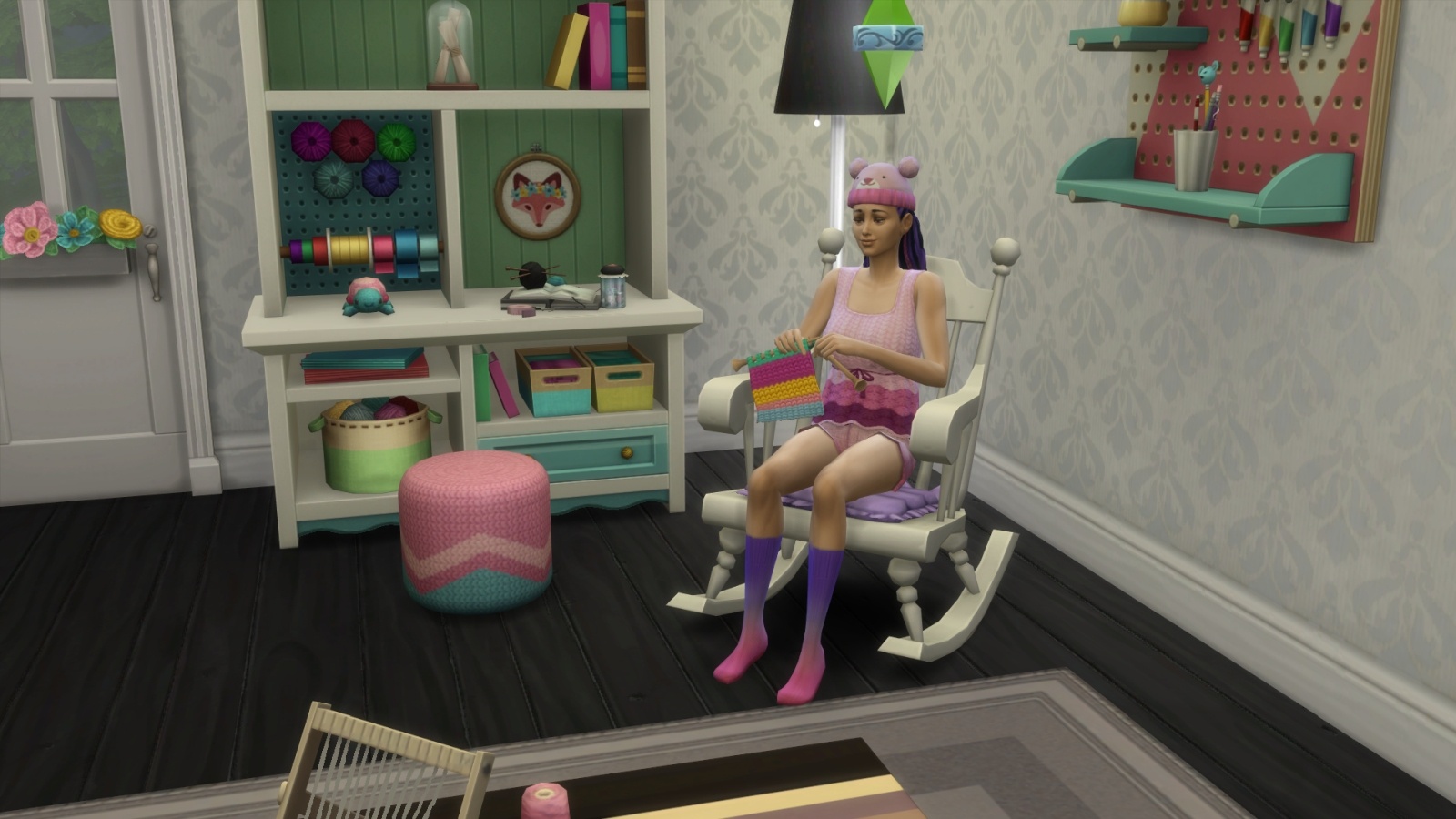 Get Knotty with The Sims 4 — Nifty Knitting Stuff Pack review

The Sims 4 launched their new Nifty Knitting Stuff Pack today, July 28th. I’ve had a weekend preview to play with it,...