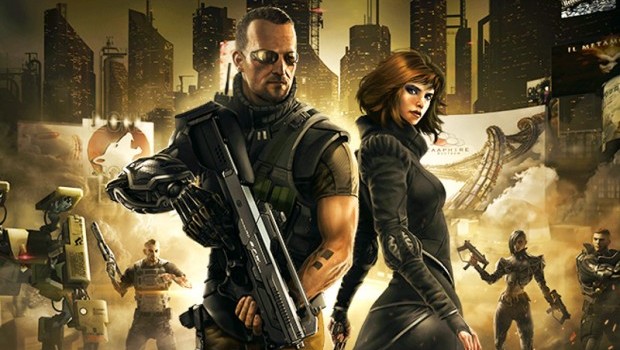 I had to keep telling myself that the game I was playing, the game that felt so much like the console version that came before it, the game that took me around five hours to complete — without finishing all of the quests — only cost the price of a combo meal at most fast food restaurants.

This is surprising, considering Square Enix’s propensity for footing gamers with either premium price structures or egregious in-app purchase schemes. For a company that seems to want to nickel and dime its mobile customers, the fact that a game as meaty as Deus Ex: The Fall costs just a few dollars more than one of the most insultingly exploitative iOS games on the market confounds me.

But, it’s not the pricing of Deus Ex: The Fall that surprises me the most — it’s the fact that the game exists at all. Here, we have a game that no one seemed to want, and by some accounts, was downright vilified. It’s been two years since Human Revolution reignited the Deus Ex brand on PC and consoles with its blending of shooting, stealth, and RPG elements, all set in a world that doesn’t seem as far fetched as it did back in the late 90s. When Square Enix announced an addition to the series, fans held their breath as to what it could be. When they confirmed that it would be an iOS game, fans exhaled that breath as vitriolic rage. How could they shoehorn our beloved series into a mobile game? iPhones are for Angry Birds clones, not actual, console quality titles.

Imagine my surprise when I found out that it’s actually really damn good.

Set around the time of Human Revolution, The Fall follows Ben Saxon, augmented soldier and new recruit of the Tyrants — yes, the same group that harassed Adam Jensen in Human Revolution. After a slight falling out, Saxon must uncover a plot that threatens to infect and kill millions of augmented people across the globe, including himself. The plot never reaches the lofty heights of its predecessor, and just when things start to get good, the game throws a “To Be Continued…” at you, ensuring that this will not be the last we see of the adventures of Ben Saxon. But it’s decent enough to give you context for your actions, and the dialogue is conveyed well enough — considering its mobile roots, the voice acting could have been far, far worse.

One of my biggest fears when I started was whether or not I’d be able to experience Deus Ex’s greatest feature — the ability to roam around, talk to people, and explore. My fears were alleviated as soon as I finished up the tutorial mission. The first 45 minutes are so are fairly linear — you’re lead from room to room to your final target (though most rooms have a few ways to navigate through them) — but once you get past them, the game opens up a bit, allowing you to explore Panama City and find a few sidequests. It’s not as big as even one of Human Revolution’s hub cities, and Panama feels comparatively empty, but it still feels like Deus Ex, if only scaled down a bit.

My other fear laid with the controls. Console games have never ported well to the iOS without significant control changes or sacrifices. Sure, you can play Grand Theft Auto III on your iPhone, but try doing anything under fire and watch as the virtual joysticks struggle to keep up with your frantic swiping. There are moments in The Fall that are like that — especially when in a heated firefight — but its pacing is much more methodical than other, more twitch-based shooters. If you’re playing it right — sneaking through the shadows and silently taking down your targets — you’ll likely never encounter any major control issues. Try to play it like a shooter, and it all falls apart. There are things you can do, like tapping on enemies to lock onto them or double-tapping the ground to maneuver, but these actions will never replace solid controller-based play in traditional gaming experiences.

Despite some control-based concessions, Deus Ex: The Fall is more or less a pared down version of the larger console game. Most areas have several different paths through them, rewarding both stealth and direct confrontation. You’ll hack terminals and sneak through human-sized air ducts. You’ll have to talk to several people, and can persuade them to help you — sometimes completely avoiding an altercation by doing so. You’ll gain experience, level up your augmentations, and gain new skills that will help you in different situations. Yes, there are in-app purchases, but it’s just for purchasing XP boosts and extra credits, and I never felt like I was lacking in either. All shopping takes place within the pause screen, so if you ever run out of bullets, you can easily load up again. It takes some of the pressure off tense combat situations, but it definitely speeds the pace of the game up a bit.

Deus Ex: The Fall may not have been the game we were asking for, but it’s definitely a worthy addition to the franchise. Its less-than-stellar controls and a handful of bugs keep The Fall from being truly great, but if you’re looking to hop back into the yellow-tinted world of human augmentation, seven dollars isn’t a bad price to pay for sneaking around and reading everyone’s emails.