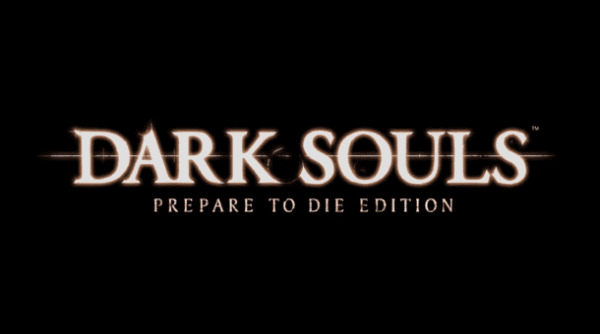 Let me start this review out with a confession – I am a huge fan of both Demon’s Souls and Dark Souls. The first was the game that got me back into PS3 gaming for good, and entertained me so much for so long that Dark Souls became a day one purchase for me on the same console. Sure enough, Dark Souls turned out to be utterly fantastic – a game that was punishingly difficult yet still felt somehow fair. A game with beautiful, dark world that you experienced more than merely learned about. And the gameplay? It was everything I could ask for. When I heard there was a petition to bring Dark Souls to the PC, I signed on immediately. When I heard that this petition actually succeeded, I was delighted. Being a PC guy first and foremost, this was an opportunity to show my PC gaming friends what I considered to be a masterpiece of gaming that they had missed out on. With my considerable bias on display here, I want to get into what’s going to be a pretty non-standard review.

For those of you who are unfamiliar with Dark Souls, at this point I’d recommend GT’s 360 Review of the game. Aside from some considerable added content (more on that later), the 360/PS3 Dark Souls is the same game from top to bottom in way after way. It has the same humongous diversity of equipment and gameplay styles. The same ferocious yet somehow addictive difficulty. The same asynchronous multiplayer hint/message system, the same very synchronous co-op and PVP systems (with additions, rather than changes). The fast way of saying this is that everything that made Dark Souls a fantastic game on the consoles is present on the PC version, with yet more added – so if that review describes a game you find enticing yet you never picked it up and prefer to play your games on the PC, keep reading.[singlepic id=1854 w=320 h=240 float=right]

Now, I say “keep reading” rather than “go buy it” because this is where the review takes an odd turn. My aim here is to make it crystal clear what you, the gamer, will be getting into if you decide to pick Dark Souls: Prepare to Die for the PC. And to start that off, let me begin with this quote from an interview with From Software’s Daisuke Uchiyama:

“To be completely honest, we’re having a tough time doing it due to our lack of experience and knowledge in terms of porting to PC. First we thought it would be a breeze, but it’s turned out not to be the case. We’re still developing right now – we’re crunching right now. […] “In terms of the PC version, the quick answer is no, [we won’t be fixing the frame rate problems]. Because we wanted to get the PC version out as soon as possible, it’s more strictly a port from the console version. We haven’t been able to step up into doing any specific optimisation for PC. “However, in exchange for that, we have prioritised adding new content for both original players and new players.”

I have to thank Daisuke Uchiyama for being as direct as he was in that interview. The man doesn’t mince words: he says outright that the game is going to be a straight-up port from the console to the PC in a technical sense, with the tradeoff of additional content. He also says that – really, let’s be as honest as Uchiyama is – porting to the PC isn’t exactly the strong suit of the guys involved in porting this game. As someone who played both the PS3 and PC versions of this game, let me assure you that the man isn’t kidding.

First, let’s start with the controls. Now, I am a stubborn PC gamer of the old school – a school that didn’t bother with fancy-pants devices like “gamepads”. In game after game, I try and succeed to force the mouse/keyboard combo to work for me despite suggestions to the contrary, and until this point I’ve managed to succeed. With Dark Souls PC? I could not do it. Unless your reflexes and hand-eye-coordination works in some kind of alien relation that would no doubt confuse and frighten me, don’t bother trying to play this game with anything but a controller, short of getting into some real over the top customization of said controls.

Actually, strike what I said: the fact is, getting into rather technical manipulation of the game’s internals is going to be rather unavoidable if you want a maximally enjoyable gameplay experience. Let me run down the list of what I had to do to really get this game playing properly. I used a fan-made 360 controller emulator to get my off-brand gamepad to work with anything approaching the grace of the console controller. This involved going into the emulator itself, tweaking and fixing things to be appropriately tuned for Dark Souls itself. After that, I installed fan-made software to tweak and upgrade the graphics to truly match what my PC is capable of delivering. Now, the fantastic and dedicated fans who provided these things made the whole process rather easy, but I’m aware that a lot of PC gamers lose patience with any game that doesn’t run flawlessly after double clicking their Steam icon and playing in the options screen for all of a minute. If that describes you, avoid this game, because as of this writing I truly feel it’s necessary to do at least what I’ve described doing, if not moreso.

[singlepic id=1852 w=320 h=240 float=left]You would think if it takes such attention (made possible, again, only by dedicated fans) and technical manipulation to simply get the game running, that it would be a nightmare afterwards – crashes mid-game, losing saved data, who knows what else. Oddly, in my experience, that couldn’t be further from the truth. Once I had my gamepad set up and the graphics tweaked, Dark Souls played absolutely smooth on my PC. Better than smooth, in fact, given what was fixed by these third party apps. From that point on the whole thing was a pleasant and enjoyable experience in terms of stability and gameplay. If this was the condition the game had launched in, rather than the result of fan work, I’d be praising this game was one of the better console-to-PC ports around.

Speaking of praise, I should also mention that despite being on Steam, this iteration of Dark Souls is tied to Microsoft’s infamous Games for Windows Live system – in spite of a petition begging From Software to not use said system. Hey, petitions can only do so much. I will say, much as I grit my teeth whenever I see the GWFL logo, it was thankfully easy to ignore while I played this game. After the initial serial input, I almost forgot the thing was event around and running… which, I suppose, is as close to a compliment as I’m able to give GFWL.

With it established that it’s entirely possible to get this game playing beautifully, let me sum up the additional content in one word: substantial. I don’t want to give spoilers away, but you’re looking at multiple new, large areas, new bosses, and new equipment. I’ve seen numbers like 8-10 hours of straight up new gameplay added via these additions, and that seems to accord with my own experiences. While PVP and co-op is in the game, the addition of the arena has thus far not been very popular, though with good reason: Dark Souls and Demon’s Souls were both built around the concept of invading another player’s game, rather than engaging in straight-up they-can-see-you-coming ‘fair’ fights. That’s the one real letdown, to me, in terms of the additional content. Otherwise it’s considerable, fun and fits in perfectly with the rest of the game.

Now, with all this said, I’m faced with a dilemma: how to properly rate this game. On the one hand, between the initial controller problems, the terrible implementation of keyboard/mouse controls, and the graphical limitations, at first I found this game unplayable. On the other hand, just about every single complaint I had about this game went away the moment I installed and set up the aforementioned fixes. On still yet another hand – not sure where I got that third one – these fixes were supplied by fans, not by the developers themselves. Does a game, even a fantastic game, deserve a high score when it’s only fantastic because of the efforts players put into it, and it would very possibly be a trainwreck otherwise?[singlepic id=1863 w=320 h=240 float=right]

Great questions for philosophers of game reviewing (I’m sure they exist), but I’m going to sidestep it altogether. The fact is that, if only due to the fans, Dark Souls: Prepare to Die plays beautifully. It’s a gem of a game, and there’s very little else like it on platforms, period – and certainly on the PC. If you’re not prepared to implement the tweaks and fixes mentioned in this review, then you should stay away from the game or hunt it down on its native consoles instead. If the previously mentioned 360 Review doesn’t describe the sort of game you enjoy, then stay away altogether – not even bug fixes and gameplay tweaks will make this a game you like. But if you’re willing to implement a couple fan-made patches and you crave a game that’s beautiful, dark, cryptic, challenging and just plain unique in so many ways, grab this game and give it a go.