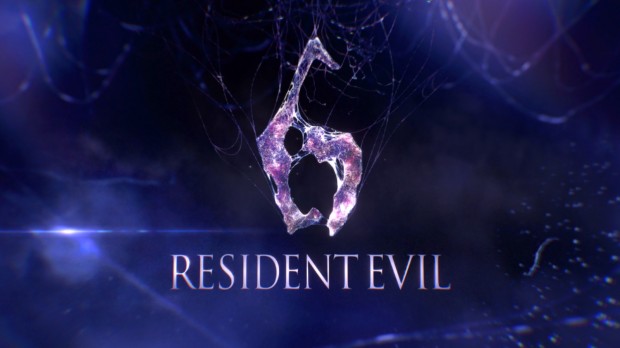 I’m just going to confess this right now: I never saw the appeal with the early Resident Evil games. Even when we had nothing better, the silly dialogue, unworkable controls, and atrocious camera placement always kept early Resident Evil games out of my sphere of interest. Then came Resident Evil 4, with it’s over-the-shoulder camera, it’s incredible AI, and it’s bleak Spanish mise en scene, and I suddenly found myself on the bandwagon. But then Resident Evil 5 squandered my interest with it’s intrusive co-op and weirdly racist overtones. Resident Evil 6 has just landed on PC, and while it keeps the co-op, reports indicated that it was a step up from the previous installment.  Will the PC port of Capcom’s latest foray into survival-horror revitalize the series?

[singlepic id=11526 w=320 h=240 float=left]Resident Evil games have always been about the single-player stories.  Usually those stories are silly, but they’re endearingly campy and usually a lot of fun.  Luckily for RE6, it does a pretty good job of bringing you into the game’s plot with a neat hook focusing on a doppelganger for one of the series’ iconic characters.  As you probably already know, Resident Evil 6 is broken up into four chapters, each starring a recurring character in the series paired with a newcomer. The four narratives cross paths from time to time, resulting in a few larger set-pieces. What’s interesting is the varied tones each story takes.  The first story, starring Leon and Helena, is the closest to Resident Evil’s survival-horror roots. The Chris/Piers and Sherry/Jake storylines both draw more heavily on modern 3rd person shooters, while Ada’s chapter attempts to mimic the stealth action of a Metal Gear Solid, dropping the co-op in the rest of the game.

The intertwining of so many different plots isn’t easy, and while it doesn’t always work the writers definitely get points for ambition. The writing itself is about as silly and overwrought as you’d expect from a Resident Evil game. There are a few moments of sheer, glorious camp—“Let’s get to the chopper,” is a line that is spoken in this game—but overall the game takes itself far more seriously than it should. There are also some grammatical errors in the subtitles, too; as though Capcom didn’t  know the difference between “you’re” and “your.” The characters are a mixed bag. Leon and Helena seem a perfect pair. Jake is a gung-ho smartass, and Ada is the ice-cold femme fatale we all love her for being. Chris, on the other hand is a bit too polite about most things, and Sherry doesn’t seem to have much purpose other than to serve as Generic Love Interest for Jake. The worst character is definitely Piers. I can’t help but feeling I should care more about him, but it’s hard to generate pathos over a spike-haired mannequin that’s devoid of personality or agency. If I had to rate the group thumbs up / thumbs down, I’d probably give a tenative thumbs up—if only for Leon and Helena’s chemistry and Ada’s cool reserve. [singlepic id=11527 w=320 h=240 float=right]

It’s a good thing the characters are decent, because you’re going to be stuck with them for a while. The main campaign lasted me more than 20 hours, during which I had some drastic changes in my level of frustration. Like in Resident Evil 5, you’ll spend almost all of the game paired up with a partner, which can be AI or another player over the net. Your partner is able to heal you, support you, and occasionally even help you take down a zombie or two—if you can get the controls to work.

I know that making a survival horror game means that you can’t give the player super smooth controls. But as has been pointed out by millions before me: Resident Evil 6 isn’t really a survival-horror series anymore. It’s an action adventure game with horror elements, and it’s going to be judged on the scale. And boy, does it fail to live up to the standards. Gunplay is decent—not great, but not terrible either–but moving around is an exercise in frustration. Contextual actions, like activating switches or climbing up ledges, are incredibly finicky about where you can do them. Not standing in exactly the proper spot at an angle perpendicular to the wall you want to climb? Guess you’re keeping your feet squarely on the ground. Oh, and make sure you have a gamepad for this one. Playing on a mouse/keyboard is a mess, as the game doesn’t do much to tell you about keybindings or controls

Control complaints aside, my biggest frustration with this game was actually the paucity of ammo. Normally I’d applaud the return to survival-horror mechanics, but Resident Evil 6 took it too far, resutling in some huge difficulty spikes. There were three or four boss fights where I ended up with zero ammunition, leaving me with no way to kill the boss. One particular fight in Leon’s chapter forced me to reload the last checkpoint because I didn’t have ammo to shoot the boss and couldn’t reach him with my melee attacks to trigger the obligatory quick-time event.

[singlepic id=11528 w=320 h=240 float=left]Actually, that might have been a blessing in disguise, considering the rage Resident Evil 6’s QTEs will induce. I wasn’t a hater of QTEs before, but Resident Evil 6 changed that. I couldn’t even number the times I had to watch a cutscene for the fourth time because I missed the 4 frames showing which button to press if I wanted to continue living. They come out of nowhere and destroy the flow of the game. The QTEs in this game are so bad, I’ll just tell you to play with AI only, for this reason: unlike another human player, the partner AI will never botch a quick-time-event.

If nothing else, Resident Evil has always been known for its horrific creature design and the sixth installment doesn’t disappoint here. You can add series newcomers J’avo (it’s pronounced a bit like “guava” ) to to the “things I don’t ever want to meet in real life” list. What makes them interesting is that you’ll be punished for shooting at anything but their center of mass. Shoot an arm, and the J’avo will drop its weapon and sprout a massive tentacle. Aim for the head and it might split open into a massive pair of jaws. It seems like Capcom took a long hard look at the strategic dismemberment of the Dead Space franchise and decided to exploit the habits players developed there. That said, it’s a drag that most of the enemies still rely on the generic pop-and-shoot moves you’ll see in almost any cover-based shooter.

As anybody who’s ever watched a slasher flick with the sound off will tell you, audio is one of the most important tools used in creating tension and horror. Here Resident Evil does quite well. Music isn’t particularly memorable, though but it does work to create suspense. Voice acting is also pretty Shockingly good actually, considering this is a Resident Evil game. Nobody is going to win an Oscar or anything, but there was some actual effort put into the voice over—especially for Laura Bailey, who performs Helena. The real star of the show has to be the foley. Sound effects are spot on, a sickening mixture of pops, squishes and squicks that help make the rest feel a bit more real.

[singlepic id=11525 w=320 h=240 float=right] Which is good, because this game is a visual mess. Environments are unbelievably ugly, using low-resolution textures you’d expect to see on late PS2-era games. Character models are skinned at higher resolutions, but the contrast between the detailed characters and the muddy, blurry environments only highlights how poor the settings look. in comparison.  Look at some of the sceenshots in this review; those are taken with settings maxed. Lighting is better, though the game itself is incredibly dark. Playing on the recommended settings was an exercise in futility, so don’t feel bad about upping the gamma correction or screen brightness if you need to. Effects aren’t too much to write home about either—fire looks more like puffs of cloud than a raging inferno.

I think a lot of the visual problems are issues with the console version of the game, though. As a port Resident Evil 6 does about as well as you can hope—lots of options for visual tweaks, support for a number of screen resolutions, and a neat feature where the game automatically detects if you’re using a gamepad the second you press a button. I had an issue with crashing at first, but those went away after I updated my drivers. It’s a great port. I just wish it was a better game.

I guess in the end, the problem with Resident Evil 6 is that it doesn’t have an identity. It wants to please its survival-horror fanbase, but seems to have forgotten how to walk that fine line between tense action and frustrating challenge. Capcom knows that cover-based shooters sell well, but can’t figure out how to mesh that with zombies, who never use cover and don’t shoot back. If you’re desperate for some gruesome action and you can find it on sale, you might want to pick it up, but as it stands Resident Evil 6 fails because it tries to do everything, and so it ends up succeeding at nothing.