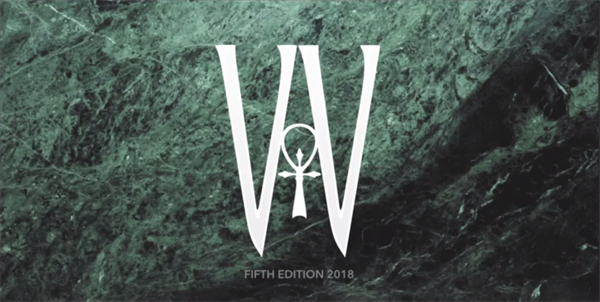 With the fifth edition of Vampire: The Masquerade still on the horizon of 2018, White Wolf has a lot to offer fans who are excited about the future of the franchise. I talked to Shane DeFreest about the company’s direction, and as someone who has worked for all three incarnations of the World of Darkness, he had many welcome insights.

One of the most important things to keep in mind about the new White Wolf is embodied in the name. Whereas White Wolf Publishing was based around book production first and foremost, White Wolf Entertainment sees itself as a licensing company. That means shepherding the line and ensuring that its disparate aspects are handled by individuals who are best prepared to develop those areas. While White Wolf only has six dedicated employees, over a hundred people are at work to make the One World of Darkness a success, and that doesn’t count the fans who are helping to make it a reality.

Fan content is a major focus of the game line’s future, which is already taking root via the Storyteller’s Vault, an engine by which fans can create and sell their own content for the game line. White Wolf has released art assets and a style guide to help these works feel authentic, and those resources are only the beginning.

Worldofdarkness.com, currently in beta, will be a resource to help fans find one another and connect their narratives. With a built-in character generator, campaign tracker, and means to communicate, it will help forge a worldwide narrative of players and storytellers who want to shape the warring factions of the World of Darkness. I got some time to explore the site at PAX Unplugged, but it is up now for anyone curious to take a look behind the veil. It currently has a tool for players to find and create ongoing groups, and fan support will help it realize its full potential.

The integrated storytelling is not only a focus to bring fans into the game, but from a design perspective. The many game lines have distinct themes and power levels, but White Wolf is dedicated to keeping them connected to the true horror of world events. The goal from the start has been to make for culturally grounded and relevant game lines, which the previous White Wolf lost track of at certain points.

The fact is, much of the metaplot we explored over the past few decades ventured too far into the absurd. Despite this, the One World of Darkness was never intended as a retcon or full reboot. Rather, like the newest incarnation of Doctor Who, it will enhance the best elements of what worked while quietly sidestepping what didn’t. The focus on contradicting lore of previous editions will only help this transition. The only thing that will deliberately be left behind are the Gehenna books, in which the world did actually come to an end. Everything before that point is canon (to the point that it can be with so many untrustworthy sources).

In developing the new incarnation of Vampire, White Wolf understands how crucial it is to involve fans directly in the process. The game has seen several beta versions already, which it threw to fans to be torn apart and reworked by the people who have been experimenting with the game line for years already. Through many turbulent years for the companies behind the World of Darkness, the fans have been consistent and dedicated, and now is their time to share how they feel the line should adapt.

As I was looking over the basic mechanics of the new system (which is available for free on Drivethru), I was thoroughly impressed with the Hunger mechanic that lies at the core of V5. Most of the system is very recognizable, with attributes and skills consisting of dots that translate to d10 rolls. Because of the Beast within that keeps every vampire from every being human again, one of those dice will always be a red Hunger die. The more disciplines you use and stress you take on, the more of your dice will be replaced by Hunger dice. Those dice can have drastic effects on your behavior when they roll the wrong way, so managing your Hunger will be a core component of the game. They could make you frenzy, cause a serious failure, or lead to a “mixed critical” whereby you succeed but your vampiric strength causes you to go over the line and do far more damage than you intend.

While there are some mathematical kinks that need to be worked out with the Hunger dice, I don’t mind at all saying that the principle behind this mechanic is genius. However much Vampire may have been played as a superhero game with politics mixed in, this mechanic grounds it in the horror driven addiction metaphor it was all intended to be. A Beast I am Lest A Beast I Become is a core driving tenet of this game, and players will constantly be reminded of their darker nature. The dice are visual, they have weight, and their constant presence will keep your mind where it belongs: an ever-present need to feed.

While the community is awaiting this release, there are a few more things on the horizon worth keeping an eye on. Worldofdarkness.com is in need of feedback in its early stages, and the Werewolf: the Apocalypse videogame is still in development. The World of Darkness documentary is still in the festival circuit, but we can expect its release in video on demand format sometime in the latter half of 2018.

I plan on covering all of these developments and more in the coming months, but you can get more information directly from White Wolf if you are thirsty for more.