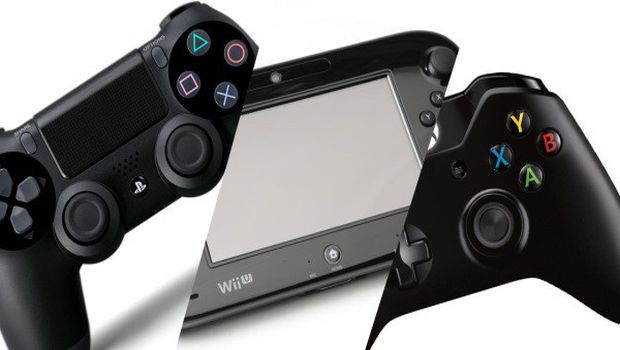 So, as we pass through the first business quarter of 2014, the air is quieting from the sounds of the console wars opening salvos. Though a winner has not clearly been decided (and probably won’t be until long after this has stopped being called a “war” at all), a front-runner certainly has: Sony’s PlayStation 4 with 7 million units sold.

Depending on where you’ve been aiming your gaming spotlight for the past year, this may or may not have taken you by surprise. But, suffice it to say and objectively speaking, the writing has pretty much been on the wall for this outcome nearly the entire time.

As this new gaming era began, Nintendo broke out early, the first to put their foot through the door of Generation 8 with the Wii U. However,they quickly lost relevance and traction with core-gamers who weren’t already Nintendophiles because of their shallow library of games. (And a bizarre situation where their naming convention left consumers not knowing it was a new console.)

The Xbox One (suffering their own considerably more understandable name-related issues) was plagued with problems and controversy from the moment it’s campaign hit the ground, inciting gamer ire with draconian DRM proposals, game-free advertisements, last minute changes in entrenched leadership, and many people’s favorite; Adam Orth.

The PlayStation 4, in the wake of its major competitors blunders, didn’t do much of anything, “correctness” not-withstanding. Sony rounded off the rougher edges of its predecessor’s launch (the PlayStation 3), focused on building a functional gaming machine that addressed its users needs, and facilitated a blossoming relationship with smaller Independent developers whose titles would bridge the gap between the massive Triple A releases. Even the Xbox One’s long awaited press event and console reveal boosted Sony stock within hours of its conclusion. So in short, the biggest and best thing Sony achieved with the PlayStation 4 (at least to date), was release the purest incremental advancement of the Gen8 platforms, and as a result, it wasn’t until just this past week that I’ve even seen one for sale at a local store.

So, that should be it, right? The war is over? The day is won? The PS4 is now the crowned badass of the 8th , great, console conflagration, and gets to walk into the sunset smoking a cigar in one hand and dragging its spoils behind it with the other? Well, yes… and no… and neither at the same time. “Yes”, the PlayStation 4, for all intents and purposes, has “won” the console war. It’s sold the most units during its 4th quarter winter launch and 1st quarter of the following calendar year, after which the hype surrounding its sales numbers will drop dramatically and the people whose choices are affected by such things will have already made up their minds. “No”, the PlayStation 4 hasn’t won the console war because we haven’t yet (if we ever) reached console Generation 9, and since the real, ultimate, victory of a system can’t really be determined within its lifetime. And then, speaking of lifetimes, the PlayStation 4 has “neither” lost or won, since analysts usually state that a consoles true profitability can’t be determined until at least 2-4 years after its release… assuming it even did well enough to survive that long.

Now the majority of modern gamers, at least if the blogs and forums are to be believed, have long evolved past the notion of the “console wars” as anything but a form of pre-launch hype, intended to get gamers excited and ready to throw in their financial support early to whatever side (or company) can turn their head the most. While this is undeniably true, it is not, however, the entirety of the truth. In the early days of when a console steps from the imaginations and agendas of its creators and into the scrutinizing hands and glares of its users, a lot is riding on the line.While we may not like the term “war” to describe this recurring period in console history, it certainly is a battlefield.

The core gaming audience, the majority of whom have been training their thumbs since 1985 or earlier, have seen plenty of casualties litter the years gaming has climbed toward the forefront of modern entertainment. They’ve seen good ideas fail, bad companies prosper, arcades rise and fall and rise again, only to be devoured by the social-techno-ameba called the Internet. They’ve… we’ve… “seen it all” more times than we can count, and what have we learned? “History is written by the victor.”, a quote often attributed to Winston Churchill, but universally known as a proverb of war. It would be nice if the business world played fair, respectfully racing each other toward year-end profits and bragging rights, but ultimately unified in delivering us the consumers (the gamers) who support them the best environments and games possible.

It would be nice if the industry captains weren’t so regularly obsessed with the short term goal of lining their pockets, that they didn’t flood the market with rushed and unrefined titles, oppress developers with unrealistic sales projections and time tables, and flipping up their skirt toward whatever avenue of the industry appears to be hot right now. But that’s not how it is. The business of gaming, at its best and un-uniquely, are creative people doing bad things for good reasons.

Activision began as four game designers tired of the oppressive reign and treatment of their then employer Atari, who itself had become a corporate subsidiary after leaving the hands of its creator, before falling headfirst into the gaping maw of the videogame crash. Nintendo, the parent of the modern videogame world, made a household name of itself and re-established the industry by enforcing strict quality controls and rights management, until challenged by Sega, who found a market going for the edgier gamers where Nintendo had little interest. The two giants duked it out for a decade, shrugging off all challengers to their reluctantly shared throne, until a unsportsmanlike feint by Nintendo concerning their transition from cartridge to CD, brought Sony into the game. And, tired of not getting a piece of the pie (along with a dash of boredom), eventually brought Microsoft into the industry, a company with such staggering amounts of capital they could financially bludgeon their way past their initial failure. But in the crossfire of these titans are the characters, and memories, and franchises that sink with the ship. For every Mario, there is a Bonk, and for every Far Cry 3 there’s a Aliens: Colonial Marines.

There was a time when a new console generation meant out with the old and in with the new, but more and more gamers are holding onto their old systems and gaming tech so they can revisit and pass on experiences a squabbling industry is failing to replicate. Amazing consoles and peripherals are squandered as they attempt to run the same titles without taking advantage of their unique strengths. Purchases are replaced with services that vanish with the death of a server,  and characters, once iconic in their concept and mascot to a brand, are forced into obscurity as their images are more hastily remade and rushed to market. Of course gamers like myself understand the pressures of business, and that a strong bottom line is the foundation of a strong company, but history has shown time and again that for whatever reason, whether it be the expense of the hobby, it’s geek associations, or the diversity of people it aims to speak too; gaming is always true to itself, even if it’s to the point of self destruction. This is essence of the real gaming war, the battle to keep creators on the path that established the following videogame play has obtained, and enhancing imaginative realizations.

If the PlayStation 4’s “victory” really means anything, hopefully it’s the fact that what gamers need has never been a secret. They need consoles that offer unique, entertaining, and approachable ways for people to interact with incredible virtual worlds and the visions of their creators. They need gateways into vast but quality controlled marketplaces where they can explore and discover their next obsession. It’s the same lesson that’s been proven time and time again, ever since we picked up a Zapper or pinged our first Pong. So what does war have to do with it? What does war have to do with an industry of electronic toys, why or how much we play them, and their cultural value to a bustling new geek generation? I guess you could say everything. The war of gaming will continue as long as the people we need to create these experiences keep fighting over things we don’t ask for, or we the people see it demolished before watching it mutate completely into something we don’t recognize.