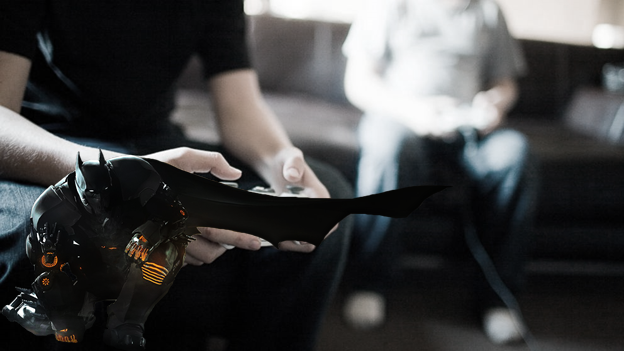 This week we saw very little in new releases. We’re going to have to don our XE Batsuits in Batman: Arkham Origins – Cold Cold Heart DLC to get through this long, dark tunnel of gaming emptiness, but there is light at the end of the tunnel. Light that we won’t be able to reach until next week’s lineup. In the meantime, here’s what the GT staffers are playing:

I’m on out of town this weekend and completely forgot to pack any handheld gaming device, so there will be no gaming for me the first part of this weekend. If there is time on Sunday, I’d like to get started on playing the Metal Gear Solid series for the first time ever. Mostly because I really want to play MGS V: Ground Zeroes, and I feel the need to play the older titles first.

I’m really taking a deep dive into The Elder Scrolls Online.  I had a few stumbles early on and the game just wasn’t clicking for me, but I restarted and took another swing at it.  I’m glad I did as I’m having a lot of fun with it now.  I’m also working on a review of two art books (yea…I know I’m behind).  My continued efforts to lose weight courtesy of weightlifting and Xbox Fitness stalled out due to back to back colds, but I’m back on the bandwagon.  I’m down over 30 at this point, so I’m eager to keep on that path.  It’s nice to see somebody that you’ve not seen since last E3 and not have them recognize you.

Dark Souls II has caught me up anew, this time on the PC. A vastly smoother experience out of the box (well, out of the download manager) than the first one was – Games for Windows Live is traded out for Steam, keyboard/mouse controls work well straight away, and the game is every bit as fun as it was on the PS3. Now it’s just a matter of restoring my progress and getting down to the business of online invasions!

This weekend’s gaming will be catching up with a bit of Diablo III and the Reaper of Souls. I’m  very close to the end of Tomb Raider : Definitive Edition on Xbox One, and I want to slow down because the game is just that good. I can see a little Skylanders with my son and some Trials Fusion, though if the weather gives us a break I may just get outside with my own bike instead.

This is one of the few weekends I don’t have a game on my docket to review, which means I can sift through my various piles of awesome ( some even unopened) titles and pick from the litter. Completing my heavily modded PC copy of Skyrim: Legendary Edition seems more and more like a dream I’ll never wake from, but never the less will keep toiling at. I will also need to dump an hour or two more into completing my “perfect” Dragon Age run in anticipation of Dragon Age: Inquisition, who just received its launch date.

But to scratch my recent Mech-pilot itch, I’m going to go old school and bust out my “inherited” copy of Mobile Suit Gundam: Gundam vs. Zeta Gundam, which I have always thoroughly, thoroughly enjoyed. If you’re a fan of the anime, this game allows you to travel down alternate continuities from the show by making different choices and winning/loosing different battles. It’s great… and rare… happy hunting if you feel so inclined.

What games will you be playing to help you through the annual April void of new releases? Tell us in the comments section below.