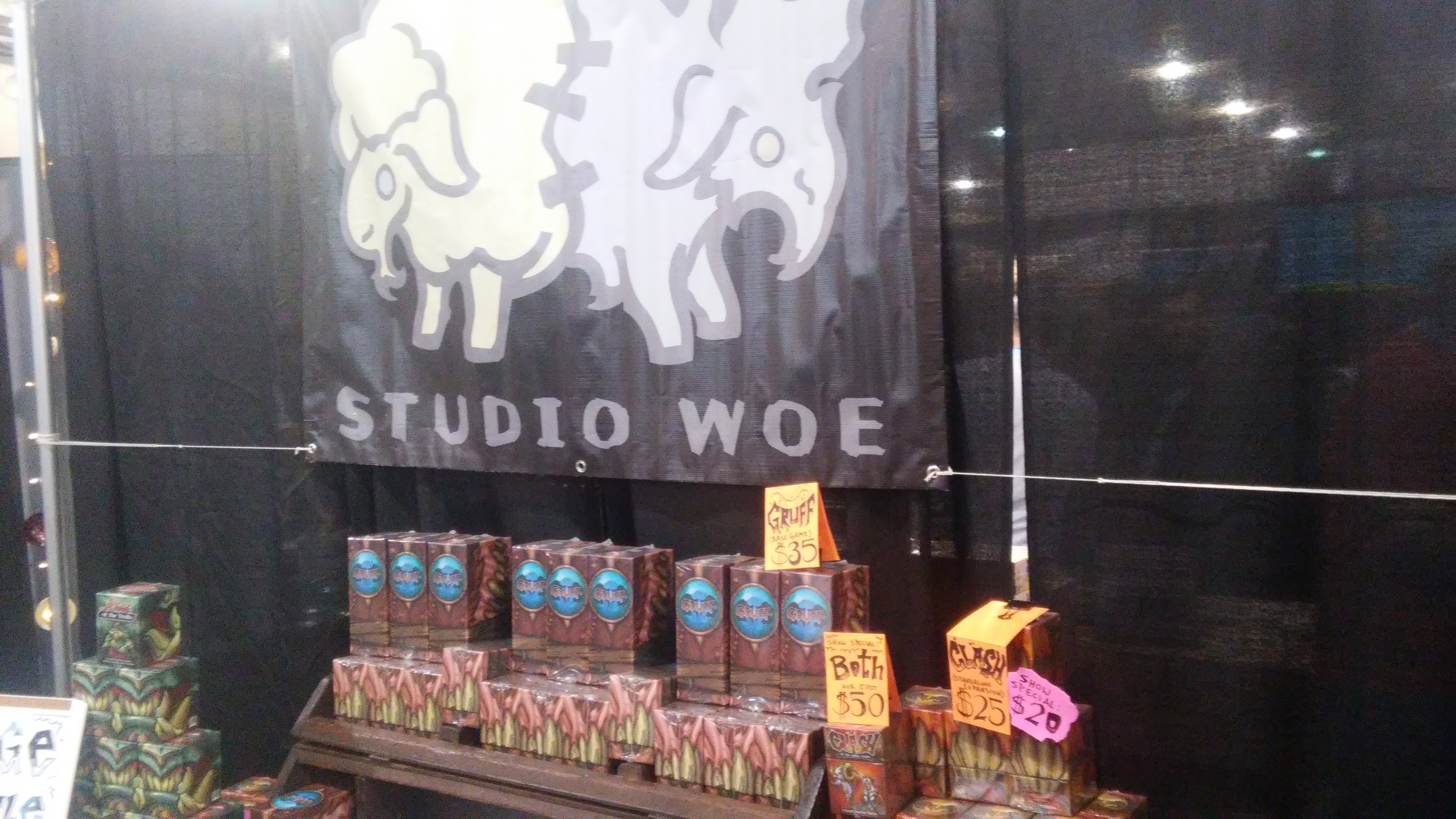 Studio Woe is a company of two artists whose hands have touched some of the most lush visual feasts of the past few years. Darksiders, Warhammer 40k, and League of Legends all bore their work before they made it their goal to found Studio Woe. I’m glad I took a chance on this small company, which before had passed me by, because the game I sat down to try might be my favorite of the convention.

Studio Woe’s first release was Gruff, the game of mutated battle goats (which was Kickstarted in 2015). You heard me right. I will be doing a full review of this product, as well as its expansion Clash of the Battle Goats very soon, so check back in for a full rules explanation and critique. When I got my first experience demoing the game at PAX Unplugged, I was instantly impressed. The game takes place after the tale of Billy Goats Gruff, when shepherds realized they could weaponize their flocks with insanity and mutations. The game involves management of a few key resources and positioning to get around the mad goats and get at the shepherds.

An electronic adaptation of Gruff is in the works, and interestingly was intended from the start. You can tell from the clear visual design of the cards that it will be easy to play and follow on a computer or tablet. You can look for this early next year, and if you end up on the fence about the physical product it will be the perfect way to make your decision.

Rage of the Trolls will expand Gruff into the solo and cooperative realm. The Trolls are coming for revenge, and it’s up to these mad shepherds and their fluffy mutants to take them down again. After another successful Kickstarter campaign, Rage of the Trolls is https://app.crowdox.com/projects/31839895/gruff-rage-of-the-trollsavailable for preorder now. It is expected to arrive around February or March.

Studio Woe’s site is your best source for information, but I will be digging deeper into these products very soon. Until then I leave you with Stuff of Nightmares. For now it is a title, but rest assured that more details on it will be coming out once the time is right.