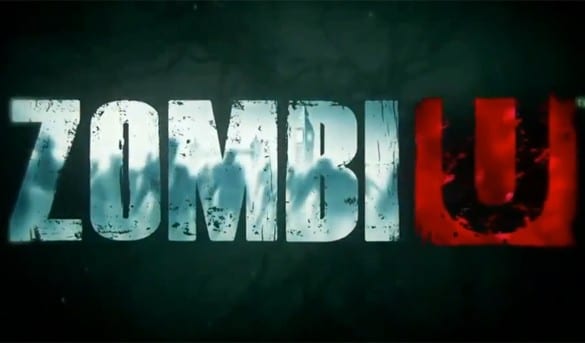 At the outset of any console launch, players are likely to be surrounded by a glut of shovelware – ports or half-baked ideas created during the year or so before a new console is released prey on gamers looking for something, anything, to play on their new several-hundred-dollar purchase. Amid all the garbage, one or two titles usually stand out from the crowd, able to prove that the game’s concepts are sound outside of the gimmickry and hype of a new console. While ZombiU may not be the system seller Nintendo is looking for, it is probably the best representation of the legitimacy of the Wii U’s Gamepad.

[singlepic id=10137 w=320 h=240 float=left]ZombiU pits the player against a hopeless end of the world scenario. London has become overrun with zombies, and it’s up to the player to scrounge for supplies and make it out alive. To do so, players will search high and low in dingy, dilapidated city streets, explore a decimated Buckingham Palace and Tower of London, all while avoiding the various citizen-turned-undead. Zombies range from average citizens, to police officers and soldiers, to palace guards (with those fuzzy helmets), and even some more zombies with supernatural powers; all told, there are a wide variety enemies to deal with.

To aid the player on their quest, a mysterious man known as the “Prepper” communicates with the player via the “Prepper Pad,” the in-game representation of the Gamepad. Every interaction with the environment (save for bludgeoning zombies with a cricket bat) are performed with the pad. Lock picking, entering codes on a keypad, and equipping items are all done by looking down from the TV and glancing at the Gamepad. Time only stops when the game is paused, leaving players wide open to attack while rummaging through the backpack or prying bars off doors. These actions are mostly ingenious, such as physically moving the Gamepad to scan the environment (though the analog stick will suffice for the lazy). Other actions are less so, such as furiously tapping on a plank to remove it from a door, or furiously tapping a manhole cover to open it, or furiously tapping a syringe to fill it with poison. These interactions pale in comparison to the ones that actually make inventive use of the Gamepad, and it just highlights the quality gap between them.

In ZombiU, zombie bites are fatal, and death is permanent. When a survivor dies – which will happen often on the first playthrough – that character is turned into a zombie, and another survivor spawns at the Safe House. All progress up to that point still completed, but the new survivor is reduced to the bare minimum of supplies. To get everything back, the new survivor must head back to the location the previous character died and retrieve their backpack. Dying before they reach the backpack means those items are lost forever. This adds a whole new layer of tension not seen before the first few Resident Evil games; ZombiU rewards patience and and will brutally punish the unobservant (don’t hit the exploding zombies with a cricket bat…). Light online functionality adds another small, but important layer by inserting undead friends into the main campaign, granting the use of their equipment if defeated. ZombiU also allows players to write messages on the wall, warning friends of impending dangers or leading them astray.

[singlepic id=10138 w=320 h=240 float=right]Along the way several people will guide the player toward their goals, such as the possibility of finding a cure or just plain getting the hell out of the city. Honestly, the story itself isn’t all that interesting, despite the numerous notes and letters strewn about that detail the nature of the outbreak and the country’s response to it. It’s a shame, because ZombiU does a lot of things to connect the player to their surroundings, and there are moments that feel like they should have more importance, but don’t. Also, since the survivor characters change after each death, characters have zero chance for development past the sort of blank avatar they represent. Other characters don’t even recognize that you’re a different character, either; the Prepper will still refer to things previous survivors, ignoring the fact that a brand new person is running around doing everything now. It creates a weird disconnect between the story and the actual design of the game.

Luckily, the gameplay more than makes up for the lacking story. Controls feel responsive yet feel slightly sluggish, and somehow, it works. The survivors are not hardened soldiers with Rambo-like precision and accuracy, but rather every-day, normal people. Imprecise aiming and an overall lack of grace and maneuverability all add to the tension rather than detract from the gameplay. Combat with a single zombie is a bit boring – bashing zombies with the unbreakable cricket-bat takes a few more whacks than should probably be needed – but even singular encounters feel suspenseful because of the claustrophobic first-person view and the constant threat of a surprise attack. Players looking for a straight-up action title are going to be disappointed, and playing it like one will spell disaster.

[singlepic id=10139 w=320 h=240 float=left]ZombiU gives players quite a bit of content, as well. The main quest can last anywhere from nine to twelve hours, though it does suffer from some padding near the end of the game. In addition to the main campaign, Ubisoft added a survival mode, which makes death completely permanent this time around, ending the game when one survivor dies. Both modes keep score and the best players are listed on walls in the Safe House, giving players incentive to make it to the top. A multiplayer mode allows the Gamepad-wielding “King of Zombies” use the touchscreen to drop the undead into an arena against a group of survivors. It’s an interesting mode, but it’s strictly limited to local play.

“How long will you survive?” This central tenant informs the entire game. It’s less about the story than it is about the actual act of survival, and in this ZombiU is a huge triumph. Sure, the combat can feel a bit samey when dealing with small groups of enemies; sure, most of the third act is weak; sure, the game has some bugs and general polish issues; but what it does in atmosphere, in creating that feeling of hopelessness against a much larger unknown enemy is much greater than all of its flaws. It’s not perfect and it’s not for everyone, but ZombiU is a fantastic return of the survival horror genre. Who would have thought that a Nintendo console launch would have given us that?