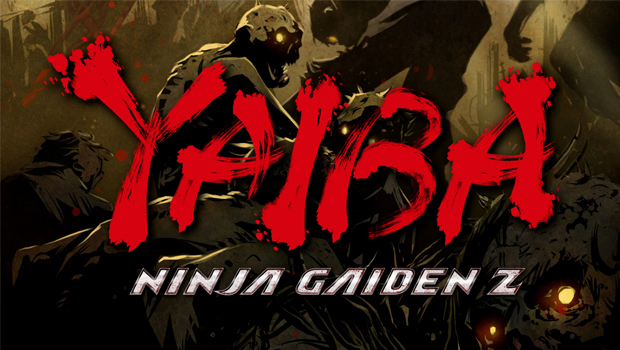 After a long string of confusingly named titles and employing words like “Plus” and “Sigma,” the Ninja Gaiden series has jumped ship and opted for a zombie spinoff. Yaiba: Ninja Gaiden Z from the LA based developers, Spark Unlimited, stars a new protagonist named Yaiba Kamikaze who wants nothing more than to kill the hero of the Ninja Gaiden Series, Ryu Hayabusa. And after experiencing this game’s repetitive levels and uninspired storyline, it’s clear that if killing Ninja Gaiden was Yaiba’s goal, he did a pretty darn good job of it.

There are quite a few problems with this title, but I guess we’ll start with the story – or should I say – the lack of story. The opening cut scene shows Ryu Hayabusa killing Yaiba (Japanese for “blade”) by slicing him into little pieces. Two weeks later, an evil corporation that is hell-bent on killing Ryu Hayabusa brings Yaiba back to life as a cyborg, and tasks him with hunting down his nemesis during a zombie apocalypse in Russia. No, I didn’t just make that up… that’s what this game’s about. Why zombies? Why Russia? I get the impression that these choices were made simply because someone thought it would be cool to have a cyborg ninja fighting zombies in Russia because, why not? Just don’t expect any coherent or satisfying answers.

To be fair, the less-than-serious tone is obviously intentional, and it can even be humorous at times. One redeeming quality is the entertaining dialogue of the central character, Yaiba. He’s an unhinged anti-hero that is possibly the most foul-mouthed lead character I’ve ever come across (prepare for lots of angry F-bombs). Yaiba plows through the world spitting curses and attempting to kill everyone he meets, including his allies. He doesn’t seem to care about much; he just wants to destroy the world around him. It almost feels like he’s somehow pissed off about existing in this game, which creates a weird kinship between him and the player. In this way, the designers appear to be aware of the game’s shortcomings. But that doesn’t make it much easier to digest.

The combat has all the appearances of a complex and fully upgradeable system. You have three forms of attack: a strong bionic arm, a slicing sword, and a wide area chain attack. There are screen prompts that encourage trying out different strategies in order to win. Mixing the attacks and strategizing in hopes of nailing combos was fun at first, but I started to notice that the more I experimented with my attacks, the worse off I was doing. You can imagine my disappointment when I realized that I not only did better when I gave up trying and just started button-mashing, but I also didn’t even need to look at the screen to defeat the majority of the zombie waves. It might sound like I’m making that up, but I really did stop looking at the screen and just mashed the buttons and nearly always survived with perfect health. I literally did worse in this game if I put more effort into playing it. When button-mashing becomes a strategy, you generally are looking at a problem.

Even more upsetting than winning without trying is being faced with 20-30 second load screens between deaths. I counted these seconds each time because they provided little else for me to do during the wait. The load screen is a barren expanse with only a small, crude image of a zombie wearing a sword in his head, and “tutorial” messages like:”don’t forget to block” appearing one at a time on the bottom. Basically what the game is saying is, if you forget to block, we’ll make you wait another 20 seconds before we let you play again.

This game might’ve had a chance at being awesome if it went back in time and came out on the original PlayStation. The mechanics actually remind me of a game I used to play on that system called Fighting Force. But why would I choose to get a new game today just to experience the nostalgia of frustrating early 3D games? The camera is only sometimes where you need it to be; the rest of the time, it’s off to the side, showing the cool stuff that goes on when your character isn’t around. It would be nice to be able to move the camera to keep track of the action, but I guess part of the challenge is not knowing where your character is.

It’s possible that I’m being excessively harsh. There are some decent things going on in Yaiba: Ninja Gaiden Z: the cel-shaded art style is appealing, the dialogue and cutscenes are occasionally entertaining, and there are even times when I enjoyed the zombie-slicing gameplay. But more often than not, the tiresome missions that range from breaking up zombie weddings to defeating zombie sewer clowns are just plain annoying. And they dangle the only passably interesting aspect of the game, a battle against Ryu Hayabusa, in front of your face like a carrot as you’re forced to toil away on random zombies in Russia. I can’t in good conscience recommend this game to anyone who doesn’t happen upon it in a bargain bin, and even then I would have reservations about recommending it.  I wouldn’t even suggest this one for fans of the Ninja Gaiden series. It’s sad to say, but maybe the only good thing to come of Yaiba: Ninja Gaiden Z is that It made me want to play the actual Ninja Gaiden games again.

There are some decent things going on in Yaiba: Ninja Gaiden Z. The cel-shaded art style is appealing, the dialogue and cutscenes are occasionally entertaining, and even the combat is fun at times. But the frustrating camera, aggravating controls and a nonsensical story that only briefly touches upon the themes of the series, weigh this spinoff title down too much for it to be enjoyable.