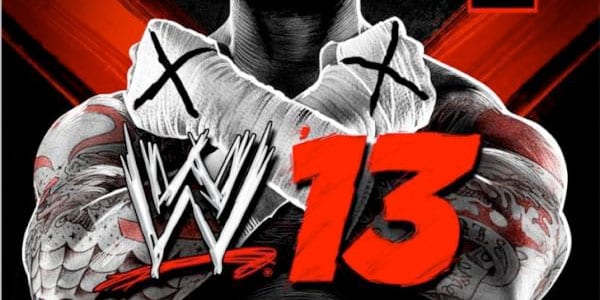 WWE ’13’s Attitude Era mode focuses on a time in the WWE’s history when the WWE found itself threatened by the WCW’s flagship show, Monday Nitro. To drag viewers back to Monday Night Raw, the WWE adopted an edgier tone and upped the spectacle in its storylines by adding rebellious anti-heroes and overbearing corporate bosses.  This game mode was talked up during the game’s preview event, and it’s obvious that a lot of effort went into it.  Attitude Era  introduces the dramtis personae through video introductions, as well as with audio commentary from J.R. and Jerry Lawler.The authentic commentary by the WWE’s two legendary commentators really makes you feel like you’re involved with the matches, and it really helps you to buy in to the WWE’s soap opera.

[singlepic id=9623 w=320 h=240 float=left]The matches in Attitude Era are generally based off of famous or important bouts in WWE history. You can always advance by simply winning the match, but if you’re willing to put in a bit of effort, you can complete optional objectives that will recreate the events of the historical match. These objectives can be fairly challenging, ranging from performing specific moves to beating the opponent within a specific time. A memorable example was when I—playing as the Undertaker—had to chokeslam Mankind through the the top of a gigantic steel cage, in a recreation of a legendary Hell in the Cell match. If you complete the bonus objectives, you’re rewarded with a variety of unlockables, including  historical characters, arenas, and bonus matches. All in all, Attitude Era is a lot of fun, and the lavish audio-visual presentation does a great job explaining the stakes, and keeping you invested in the drama.

That is not to say that Attitude Era doesn’t have it’s flaws. The early matches focusing on Shawn Michaels and Hunter Hearst Helmsly are a bit of a drag. It feels like they were included largely to serve as a prologue to the more interesting Steve Austin / Vince McMahon feud.  Despite the huge stable of Attitude Era wrestlers available, you’ll spend most of your time seeing Shawn Michaels, Stone Cold, Mankind, and the Undertaker.  It ends up feeling like you’re seeing the same people over and over again.

A particularly distracting issue is that all mentions of the “World Wrestling Federation” or “WWF” have been clumsily removed from the period audio. It’s hard not to notice the gaping silence that always follows “World Wrestling” in every audio clip. Not even the title belts are safe—over half of the belt will be blurred out to prevent the offending words from reaching the players eyes. I can understand the WWE wanting to preserve its brand image, but this is pretty conspicuous.

[singlepic id=9624 w=320 h=240 float=right]The game’s other main single-player offering is the WWE Universe mode, and while it lacks Attitude Era’s audio-visual presentation it makes up for it by being supremely customizable. You can edit the stories that play out, the characters involved, the title holders, even what nights the scheduled program like Raw or Smackdown air. There isn’t really a whole lot to say about this mode, other than that it feels pretty gigantic, and definitely adds a lot to the games value.

No wrestling game would be complete if you couldn’t make your own character, and WWE ’13 does not disappoint. I had a blast creating my two entries in the WWE stable, an electric blue Doctor Manhattan clone and a grey-skinned, hairy Wolfman.. The amount of control over your character is staggering. Not only can you create custom characters of any shape, size, or skin-tone, but you can dress them in any kind of outfit you might want. If you have the patience and the skill, you can even create custom logos and tattoos. But character creation doesn’t end there! Once you have your creation physically formed and dressed, you can completely customize his or her moveset. Want a big guy with lots of powerful throws? Done. Want an athletic luchador who focuses on high-flying acrobatics? No problem. But maybe the existing finishers aren’t quite the thing for your new creation. Well, you can just go and create an entirely new finisher! If all the options in character creation aren’t enough to slake your thirst for creative control, you can go further by creating custom arenas, custom title belts, even custom shows or pay-per-view events. It’s a really robust system, and the game will automatically import your creations into WWE Universe mode.

All the time spent creating and editing characters, arenas and moves would be wasted if the matches themselves aren’t any fun, but fortunately, the matches are generally enjoyable. Gameplay is deceptively simple: the main controls are simply “strike” and “grapple.” Striking is a context sensitive punch or kick. Grappling will make your character grab his or her opponent, and from there you can execute any number of suplexes, DDTs, hurricanarana or piledrivers depending on your control inputs. The last really important feature is that any move can be countered or reversed by tapping the R2 button when prompted. The system is simple, but all in all it works fairly well.  Move lists are available, but they’re a bit hard to find. The counter system is great, and you’ll never feel like you’re being pummeled unfairly. You can even counter finishing moves if you’ve got the timing down, and the counters feel great. The crowd cheers, the commentators extol your greatness, and you get a a few free hits. When you gain enough momentum after beating up your opponent, you’ll gain access to your character’s finishers, like the Austin’s Stone Cold Stunner, the Rock’s Rock Bottom, and Rey Mysterio’s 619. These finishing attacks all look and feel just right.

[singlepic id=9625 w=320 h=240 float=left]When you want to end a match, you’ll generally want to pin somebody, which will result in a short timing minigame. Every so often you’ll completely muff an easy game and end up losing the match, but all in all the system works fairly well. Submission holds, which boil down to a button-mashing quick time event, are not so effective. Using a QTE for submission holds could have worked, but a few things make it untenable. First, the game seems incapable of detecting when your character could grab the ropes and end the hold. I’ve actually lost games to submission holds while my character’s hands are repeatedly brushing the ropes. Second, if you start a submission hold you know won’t win the match, there’s no unpersonalized way to cancel the hold. Either you cancel it voluntarily and take a huge hit to your momentum or you let the victim break out and suffer damage. While playing I found myself desperately avoiding submissions.

The on screen interface could also have used a bit more polish. The user prompts are very small, and it’s really easy to lose sight of them in the melee. This is especially problematic because the counter prompt is not only small, but tends to flash quickly. The result of this is that by the time you see the prompt and react you’ve already missed your chance. I found myself having to spam the counter button and hoping it worked.  Knowing what my options were when grappling my opponent would have allowed me to manage the match better, and avoid those costly submission holds that weren’t going to win the match anyways.

[singlepic id=9626 w=320 h=240 float=right]While speaking of disappointments, I want to take a second to talk about the multiplayer. The first strike against it is that before you can even start any online content—including achievements—you have to purchase or unlock an online access pass. I wouldn’t mind this if the multiplayer could be relied upon to keep a decent framerate, though.  Every single game I played had a significant drop in framerate. This is inexcusable in a game that relies so much on split-second timing. Once you lose the momentum, it’s incredibly hard to regain it when you can’t time the counter mechanic properly. It’s possible that THQ will fix this issue once the game is launched, but it was very frustrating.

One of the reasons the latency in multiplayer is so annoying is that local gameplay looks great and plays smooth. The models generally look really good, and each of the 100 or so characters is recognizable–the only exception being the model for Hunter Hearst Helmsley. The character animations are really something to see. Each character moves the way you expect them to, from the Undertaker’s looming glide to the Rock’s swagger. When you’re pulling off a suplex or a DDT the animation is almost perfect. A few on-screen effects such as a camera shake help make the bumps feel a bit more powerful, but these effects are never overbearing.

Similarly, the games audio is good on the whole. Crowds will chant for their favorite wrestler, respond raucously to counters and finishing moves, and even boo when unexpected events leave them thrown off guard. All of the matches will have a pair of commentators, and while some of the phrases are a bit overused they generally aren’t criminally repetitive.  The generic RAWK that plays constantly over the menus, including character creation, can be a bit overbearing but it fits the theme. There are a few hiccups in the Attitude Era content though, and I recommend you turn subtitles on when you play, as it can be kind of hard to hear what’s being said.

[singlepic id=9627 w=320 h=240 float=left]It’s easy to see that a lot of care went into the creation of WWE ’13. The Attitude Era mode is a moonstruck love letter to the stars wrestling at the turn of the century, and there are plenty of stories in the Universe mode to keep you busy for a long time. The ability to customize characters, arenas, and just about everything else in the game is a testament to how well Yuke’s and THQ know what wrestling fans want. It’s just a shame that the game didn’t have just a bit more polish.  Non-fans like myself might want to put their money elsewhere, but wrestling fans will probably really enjoy what WWE ’13 has to offer.