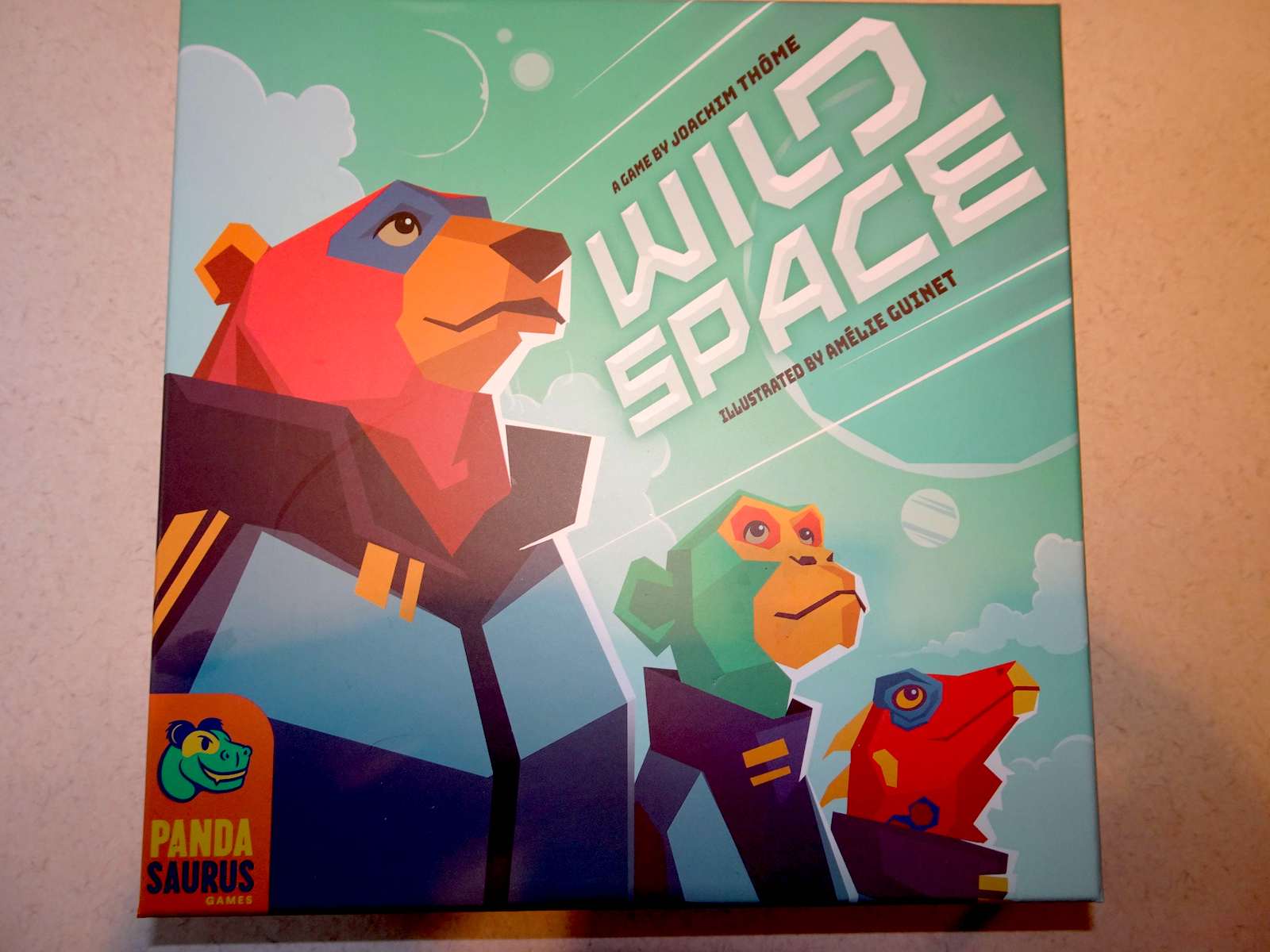 Wild Space is a short 30-minute game with players laying cards down in a tableau very reminiscent of ‘Race for the Galaxy’. From the company Pandasaurus, Wild Space sees players taking the role of colonization and exploration efforts as they control ships that land on planets, all while expanding their crew to rack up the most points at the end. The game’s main gimmick hinges around creating strings of combos of playing one crew card which allows placement of another crew card as the turns are limited to a mere ten turns per player.

On a turn players have two choices, either to land on a specific planet (thereby locking that ship permanently to the planet) or advancing an already placed ship one zone further on the planet. Typically these give small bonuses like allowing a placement of a card, or the ability to draw cards.Given the limit of turns, the game’s main point is to create a chain of cards as a fair amount of cards allow placement of another card under certain conditions. 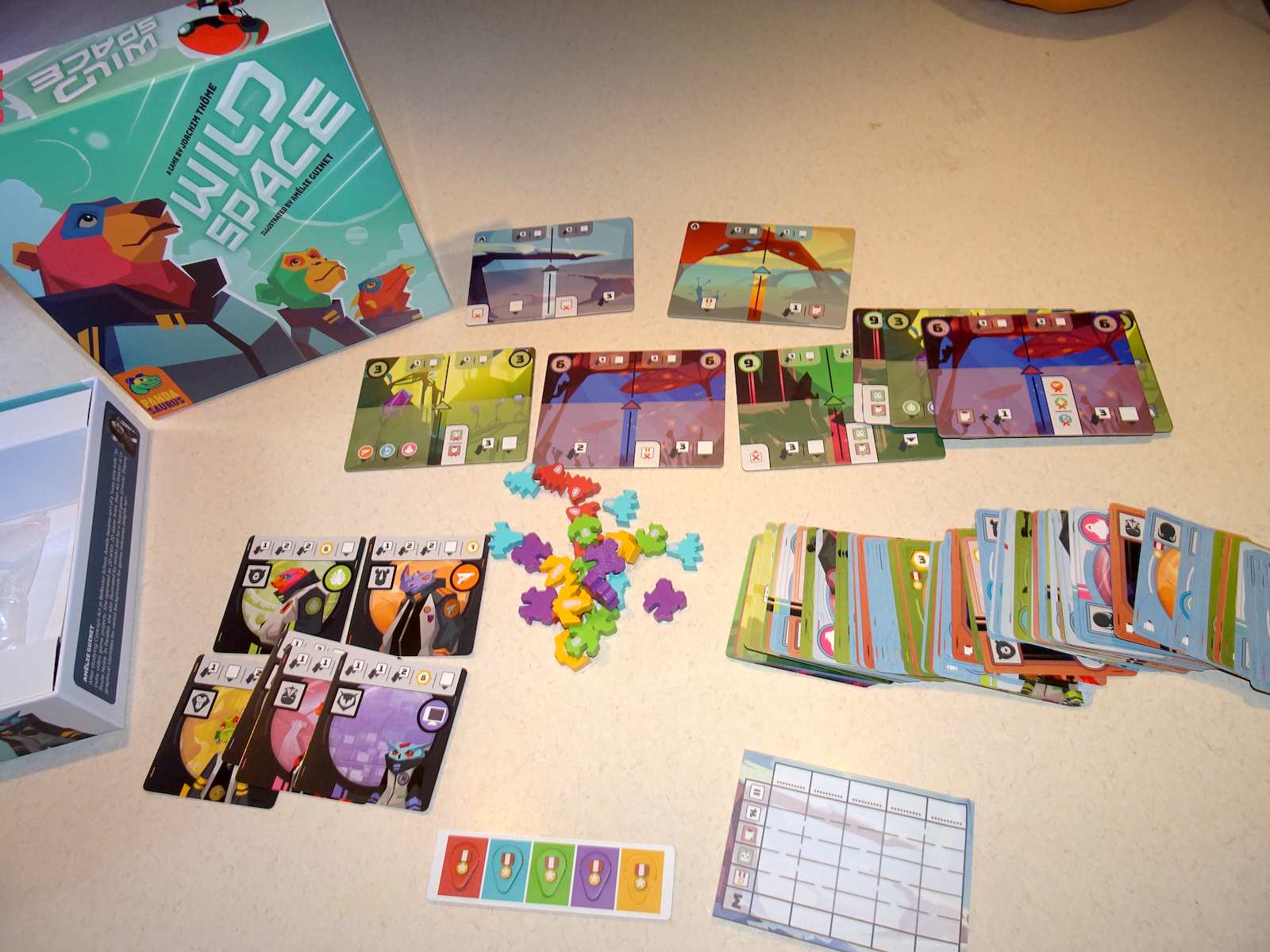 One interesting aspect, though woefully underutilized, is the different classes and jobs of the various crew. There are six different animals, which unfortunately offer no gameplay difference beyond some scoring bonus at the end, but one of the bigger letdowns was the classes. There are likewise six classes, such as computer experts, botanists, military and so on. The way these are typically used is a card might require a discard of a specific class to activate a small bonus. An example would be to discard a botanist card and draw 3 new cards. Given that all classes have the exact same bonuses, there are very few, if any differences between them.

These lead to two overall problems present in the game. First, the draw/combo action never feels that satisfying and second, the theme is pasted on and doesn’t feel like it matters. Regarding the theme, as mentioned above, the animal species outright does not matter, and the class only matters for a discard. Given the theme is supposed to be about colonizing planets, it does not feel like this in the slightest. There is zero feeling of having military power, or being a good scientist. It is just a number. This is a huge missed opportunity. 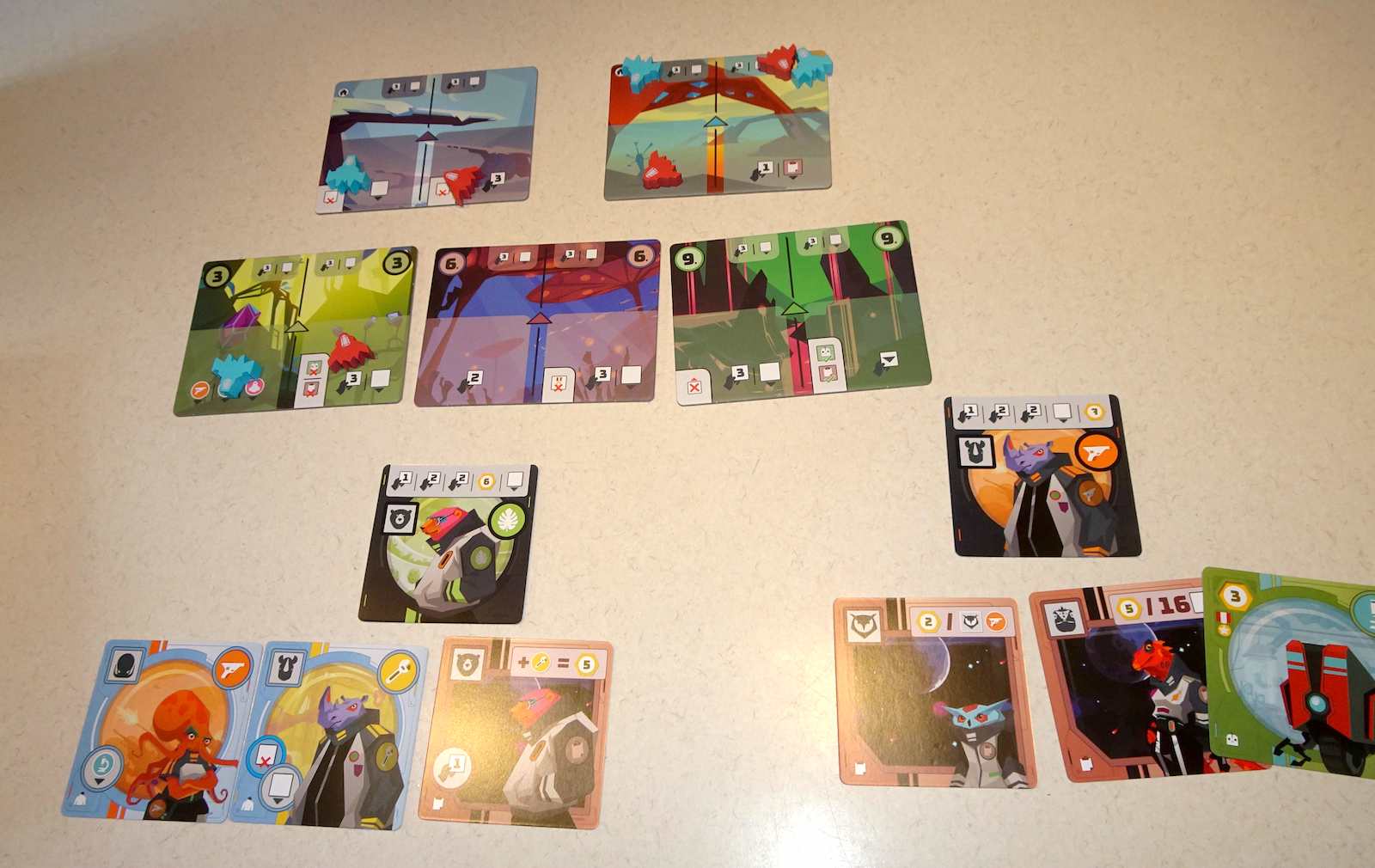 Regardless of theme, the gameplay of the game is somewhat lacking as well. The idea was that each ship movement would result in some cavalcade of cards resulting in mind-blowing combos that hit the table, but that never happens. Generally, a turn will consist of something like discarding a single card to draw three. It often takes a few turns to set up anything remotely like a cool combo, and by then the game is half over. Wild Space is hard to recommend. It is not bad, but it is not something you would want to pull out. The theme is pasted on, and the core gameplay is simple to be engaging.

Wild Space strives to be an interesting take on space colonization and tableau building. The core game loop of combo driven action is often too lacking or too long in the making to be consistently interesting. The animal and class system, while interesting, are completely underutilized which leaves a bad taste of what might have been a better game. It doesn’t do enough new to really stand out.